Compact crossover market is a tough one, and we have great vehicles in this segment such as CR-V, CX-5 or Compass, but are they ready to compete in 2017? Here are top CUV we will see this year.

The Jeep Compass was introduced at the LA Auto Show in November, and the new model is slightly larger than its predecessor. Moreover, the most capable off-roader will be the Trailhawk Edition which will offer 0.8-inch suspension lift, and the Compass is the third Jeep, after the Cherokee and Renegade to receive this kind of treatment. The starting price of the new Jeep Compass is $17,295.

With the new Mazda CX-5 comes a SkyActic-D diesel engine, which Mazda have tried to introduce to the market for quite some time. The development of this unit has lasted for a while, and they decided to install it despite the VW’s “dieselgate” issues. This engine in the new CX-5 will produce 148 hp and 280 lb-ft of torque at just 1,800 rpm. You can get this CUV for about $23,000 but have in mind that exact figure hasn’t been officially announced.

The new Sportage looks kind of unconventional with its controversial front end. When we saw it for the first time, we couldn’t help but notice the ice cube fog lights and the larger grille which definitely provides more cooling. Nevertheless, the new Sportage is still one of the best CUVs with a lot of interior space and tremendous AWD system. The price tag of this Kia is $24,895.

For 2017 the Escape will be slightly refreshed, and it didn’t go through a serious overhaul, but it is still worth mentioning because the Escape has been popular during the last two years. Three engine options are offered: a naturally aspirated I4, a 1.6-liter turbo 4-cylinder, and the most powerful 2.0-liter turbo Inline-four, which delivers 245 horses and 275 lb-ft of torque. The Escape contains the latest tech features, and it is quite comfortable, while it can be bought for only $25,099.

This year, we will finally see the new CR-V and we are so excited because the new model looks great. Besides the beautiful exterior design, the new car comes with a 1.5-liter turbo powerplant and a modern infotainment system, which has recently become one of the most important segments for new customers. The Japanese brand wants to reclaim the CUV throne and what better vehicle for that than the CR-V. It will go on sale for $26,690.

The facelifted Terrain was introduced in 2016, and it combined luxury with practicality. The Denali trim package is available, and it offers a digital gauge cluster and a powerful V6 unit good for 301 horsepower. This vehicle also features amazing flared fenders, and it will definitely be a serious competitor in 2017. You can purchase this one for $29,050.

Larger “V-motion” grille, modified LED taillights, unique wheel options, updated interior – all of this you can see on the new 2017 Nissan Rogue. Moreover, the Rogue One Star Wars Limited Edition model is available, and it comes in Glacier White or Magnetic Black with Rebel Alliance and Galactic Empire logos all over the vehicle. We also know that the hybrid version of the Rogue will be offered to the USA customers. The starting price of the new Nissan Rogue is $33,998.

This list would be insufficient without the Toyota RAV4, which is the second best-seller in Canada. Now the hybrid version is coming, and we are surprised that it didn’t reach the market sooner. The hybrid looks great and aggressive, while its fuel efficiency is also terrific, so it is no wonder the car costs $34,405.

In order to fill the gap between the Enclave and Encore, Buick produced the Envision, which has a lot of sales in China, so why not try it out in the US? The 2017 Buick Envision looks stunning with its waterfall grille, hood slats, and blue-tinted headlamp lenses. In addition, the customers can opt for two engine options, but a 2.0-liter turbo engine is the dominant one, and it is rated at 252 hp and 260 lb-ft of torque. The Envision is quite expensive, and you can have it for $40,095.

The new GLC, which used to go under the name of the GLK is ready for 2017, but the GLC 300 only comes with one engine option – the 2.0-liter turbo four-cylinder. What is important is that the AMG GLC 43 performance model has arrived and it sports a larger 3.0-liter twin-turbo mill that delivers 362 horses and 384 pound-feet of torque. However, this performance model would set you back $59,900. 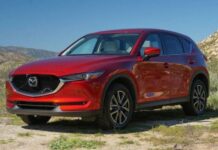 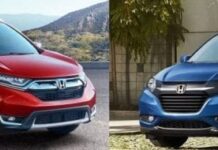 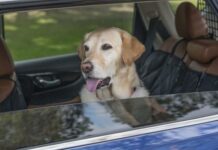