The UK Government recently passed a law that forbids the sale of new conventional petrol and diesel-powered vehicles from 2040 and it is only a matter of time when the rest of the world’s biggest powers will join in on this.

Even though this seems like bad news for millions of car lovers around the globe there is still one exception. This prohibition doesn’t cover hybrid vehicles. At least for now, Brits can calm down knowing that cars with petrol and diesel engines and a supplementary electric power source will still be shipped and allowed in their home country.

We decided to help out numerous afflicted car lovers and every one of you enthusiasts who want to be one step ahead of this new law. Hybrids are really on the rise when it comes to popularity and we decided to make a list of best hybrid vehicles that can be yours if you want to outsmart the new set of ‘eco-friendly’ laws. 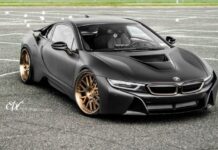 BMW I8 With Stunning Matte Black Paint And Bronze Wheels 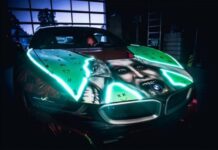 An awesomely sinister BMW i8 looks like a perfect villain ride