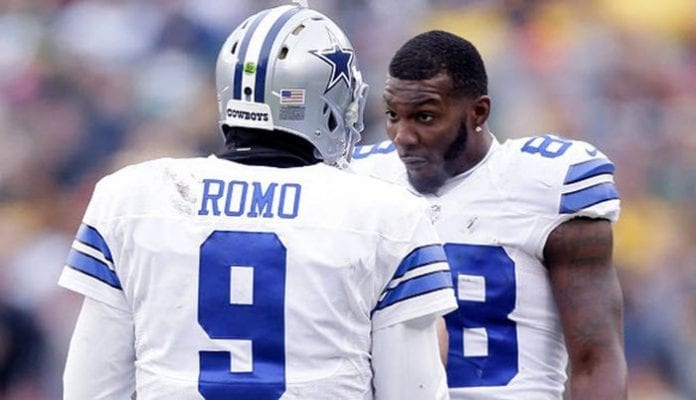 Dez Bryant went from being a favorite player among Dallas Cowboys fans to the one they want to see out of their city. The turnaround happened after Dez had a third declining season in a row. After signing his big five-year $70 million contract, he wasn’t the same player. Many say that this is because Tony Romo left the team. This offseason is all about the future of Dez Bryant. He’ s swimming between being teams No1 receiver to the one being cut. When asked about a pay cut he said that that’s not an option.

Because of this, fans turned on him, but he still has support. During a recent interview with Brad Sham on the Now and Then Podcast, former America’s Team quarterback Tony Romo stud up in Bryant’s defense.

Romo said that Dez isn’t the problem in the locker-room but that he’s misunderstood: “I think Dez is misunderstood in a lot ways. I know there a times where he can get talking and be volatile on the sideline and stuff, but a lot of it is positive. I’ve had every receiver who wants the ball. I think what you’ll find is there’s so many personalities on the football field. When the receivers are more demonstrative on the sideline and stuff, they’re just more demonstrative than offensive linemen. But people can be pouty in different ways. They can do anything in different ways. They just are vocal sometimes where you can see it on camera.” 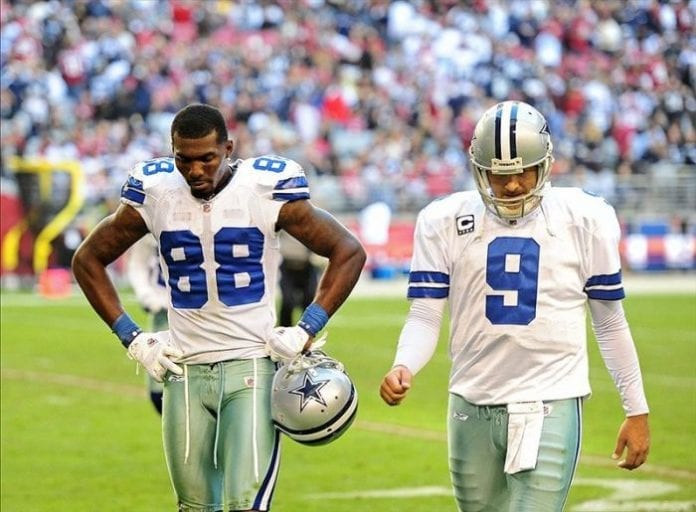 This comment from Romo comes because of their time spent together on the field. Both of the players had their best years while playing together from 2012-2014. During that period Dez Bryant caught 273 passes for 3,935 yards and 41 touchdowns. The Romo-Bryant connection was unparalleled in the NFL at the time. After Romo got injured in 2015, Dez just wasn’t the same player. In 2016 when Dak Prescott took over the reigns things didn’t go too well for Bryant. His decline continued. The chemistry between him and Dak is nonexistent.

It was just a matter time when Tony would step up for Dez. His affinity for difficult receivers is well documented. In the past, he had cooperated with players such as Terrell Owens who is considered a diva in NFL circles. Romo said that he never had any problem with Owens, while everybody else did.

So, we’ll see what happens with Dez, or are Romo’s words still listened in Dallas. We will know more about Bryant’s future after the draft in April, for sure. As for Romo, he’s spending his time playing golf. Check out the video below.

Reasons Why Your AC Is Running But Not Cooling The House

Petar Senjo - May 9, 2021 0
In the last two decades, air-conditioners have become an integrated part of our life. Whether it is a professional workplace or your own home,...