You can now watch the new English subtitle trailer in full length for the live-action movie called Tokyo Ghoul!

Last week, we watched the Tokyo Ghoul live-action movie teaser with English subtitles, but it just touched the notion of dark supernatural forces and ghouls that young Ken Kaneki (Masataka Kubota) is being haunted by.

The trailer in its full length features much more of what’s behind the Tokyo Ghoul manga. To be specific, how Kaneki becomes a ghoul, after his date viciously attacked him and he woke up with an injured body and ghoul parts surgically attached to it. From that point, Kaneki gets a briefing in the underworld about ghouls living in our society, for example, that he has to learn how to use his outstanding powers as a “half-ghoul,” as well as the horrible hunger for human flesh that accompanies it. Although he has to feed in order to survive, he makes a decision to control his urges and repress his craving for human flesh.

The trailer is loaded with blood and slaughter, but it’s precisely what you would expect, as they are trying hard to rely on the source material. Obviously, the imagery is not suited for a younger audience, as it features lots of vomiting and blood and other fluids. For example, one scene presents a girl sitting in what it seems as a pile of organs. But don’t take our word for it, see for yourself in the brand new trailer.

The live-action movie Tokyo Ghoul was premiered in July in Japan, with an average prase. However, as seen in the trailer, it’s safe to say that it could be one of the better manga/anime adaptations.

Tokyo Ghoul live-action movie with its subtitle version will be launched October 16 – 22nd, during a limited theatrical run. Make sure to check the times and locations in your local theaters. 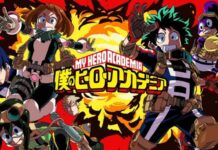 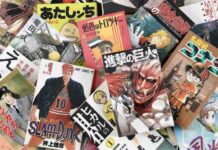 The Best Manga and Why They’re Great 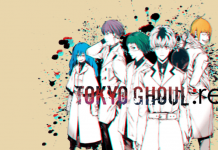