Having a luxuriously, spacious home is a privilege exclusive only to the wealthy. The rest of the world’s population has to make do with living in spaces with limited square footage. Regardless of which country you live in, it is a reality that the majority are residing in living areas that are frankly not enough for decent living conditions.

More often than not, the decision to live in a small house or apartment is due to financial reasons. As rent increases, it cannot be helped that space becomes more of a luxury that many have to sacrifice to be able to afford other essential commodities such as food and clothes.

This sad reality is compounded by the fact that the average size of a house is decreasing. This claim was made public through Washington Post publishing an article citing a study made by the National Association of Home Builders, or NAHB. Data from the National Association of Home Builders showed that for the third straight year, the median square footage of a single-family house went down.

This merely is ironic as studies find that we are becoming more materialistic year by year. Let’s be honest. We can easily name a dozen things inside of our house that we do not need in our daily lives. These could range from old clothes to small trinkets that we got from places that we’ve visited in the past. While a lovely addition to your house aesthetics and has high sentimental value, these items may also be considered as clutter.

An LA Times article estimated that an average household houses over 300, 000 items. The number could be over this. The sheer amount of things while shocking is understandable. Long gone are the days when life was simple. Today, we have multiple tools and gadgets that help make our lives more convenient. The idea of living with a limited amount of items is scary for some. That is why we created this list on how to declutter.

We want to show you that there is a way for you to live in a spacious home without shelling out thousands of bucks or living an ascetic way of life. Learning how to declutter is an important life skill that you need to know even if you don’t exactly live in a small apartment.

First of all, whenever people hear about decluttering, they get scared for their items. One misconception is that everything has to go. No. While it is recommended that you get rid of many of the unnecessary items in your house, you don’t have to throw all of them away. Sometimes, all you have to do is to learn how to organize your items.

Some houses look cluttered despite having only a limited number of items. This is usually because the clutter sticks out due to the mess. The first step to do is to make it a habit to clean up after yourself. Don’t let stuff pile up.

Put back your makeup after you’re done using them. The countertop is usually one of the most cluttered spaces in the house. In the kitchen, organize your pots and pans. Hang them on your walls. Buy organizers and assign only a small space as a Mess Area. The rest of your house need to be squeaky clean.

Another nifty trick is by compartmentalizing your house. Divide your space into their specific functions. All of the items for that part of the house should only exist in that place. For example, the kitchen should house all kitchen appliances and tools. Compartmentalizing is one way of reducing unnecessary items in other parts of your house. More often than not, everything’s a mess. Bathroom supplies in the kitchen, food in the bedroom, etc. What this does is make the house more chaotic than it should be.

Once you’ve done these steps, it’s now time to remove unnecessary items from the threshold. You want to avoid having your house look like an episode of Hoarders so as early as now, you should identify which items you need to let go of.

Make the most of your items’ value by organizing a garage sale. Identify the stuff you have at home that still has a lot of utility and function. Instead of throwing them away, sell them and get a portion of your money back. Some examples include:

You can also try selling your stuff off on the Internet. There are now many e-commerce stores whose primary function is to provide users with the avenue to sell their items, i.e. Etsy, Craigslist, and Amazon.

If you’re not keen on making the extra effort of selling your stuff, you can also opt to give them away. Donating your stuff to Goodwill, Salvation Army, or any other charity causes will give your stuff a new life. It’s certainly better than having them rot away inside your house taking up precious space.

Think of it like this. Your old shirt is better off worn by a poor kid instead of gathering dust in your closet. The books you’ve long stopped reading can also help educate many more people.

However, some items are not usable anymore. For example, remember those broken appliances that you vow to fix one day? Yeah, it’s better just to throw that away. Items that also have no value or utility can also go straight to the bin. Maybe it’s time to let go of that frayed up poster you got from High School. And that old skateboard with a missing wheel. And yes, all of those chipped plates.

We get it. You don’t want to lose your items. However, you can’t exactly live with all of them. This is where Centron Storage comes in. They provide users with a win-win situation. They get to keep their items, but they are placed in a remote and secure location living you with a lot of space in your house. Henfield Storage, for example, provides cheap and accessible storage facilities in London. 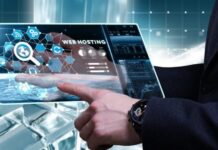 The Best Ways to Save Money on Your Web Hosting