Opptrends 2022
Home Business Threat to Tesla: Audi to Spend a Fortune on EV 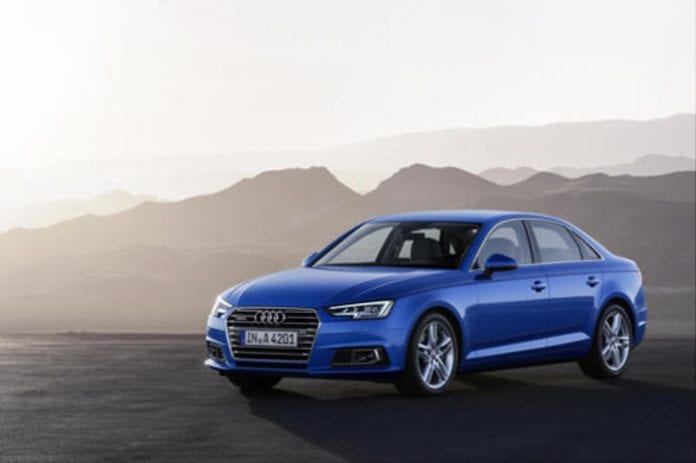 Over 30% of Audi’s R&D budget will be devoted to autonomous driving and electric vehicles.

Audi has set a goal to have electric cars account for 25% of its sales by 2025. The electric car is part of Audi’s strategic plan to reduce emissions, keeping in mind its parent company, Volkswagen, faced an emission scandal in the past months. Experts also believe that this move will put Audi in close competition with the US-based Tesla, which is few steps ahead of other vehicle manufacturers in the EV.

Audi has previously not shown any interest in embracing the EV technology. But now the company is willing to set aside a third of its research and development budget for electric cars, autonomous driving and digital services, according to the company.

Audi makes good sales each year. Last year, the German automaker sold 1.8 million vehicles. If they had already developed the EV and achieved the goal 25% electric vehicles sales, they would have sold 450,000 electric cars. Automobile sales are expected to rise; this would turn Audi into the closest Tesla competitor. The latter believes it can sell more than half a million electric cars in the next few years.

Read about new Audi A9 concept!

In Germany, BMW is the only luxury car maker which has a promising EV project. Manufacturers are not so keen on developing electric vehicles because the market is making losses. Nonetheless, Volkswagen, Audi’s parent company, has to venture into EV, at least to clean up its image after an emission test scandal. According to sources, Audi’s CEO, Rupert Stadler, will hold a meeting with managers to discuss the electric vehicle roadmap. According to the German daily, Handelsblatt, Audi’s spokesman was not eager to comment about the EV project.

The Volkswagen emission scandal has stirred an interest in the EV. Regulators around the globe have come out strongly to discourage toxic fumes emissions. Ideally, zero emission cars, including electric cars, should rise in demand. However, demand for electric cars has not risen as much as vehicle manufacturers and regulators would like. Electric cars have a few demerits such as long recharging times and limited range of operability.

Audi plans to reduce the production of combustion vehicles. This move will free up some funds for R&D of electric cars. Last month, Volkswagen announced that it was ready to spend billions on electric cars, autonomous driving, and ride-hailing. The company wants to become the world’s leader in zero emission by 2025.

Currently, only two of Audi’s over 50 brands are electric or semi-electric. Audi will soon release the Q7 e-tron Plug-in hybrid.