If Jason Witten leaves the Cowboys, and the chances are high that he will, America’s Team will need to replace him, or at least add depth to the roster. A few weeks ago, Witten confirmed that he would be back for 2018 season, only to start considering retirement after a broadcasting offer from ESPN arrived.

The owner of Dallas Cowboys Jerry Jones said that he and Witten had a long conversation and that the future Hall of Famer will make a decision on his retirement in coming days. It seems that ESPN’s offer for him to become a color commentator is too good to be ignored. The situation became even more complicated after another broadcasting network joined the race to hire Witten.

Jason will be 36 this weekend, and his decision is expected before that. Cowboys currently have a couple of tight ends on their roster, but none of them has too much experience on the highest level. Rico Gathers, Geoff Swaim, Blake Jarwin and Dalton Schultz are all under contract. Dallas also acquired UDFA David Wells of San Diego State. 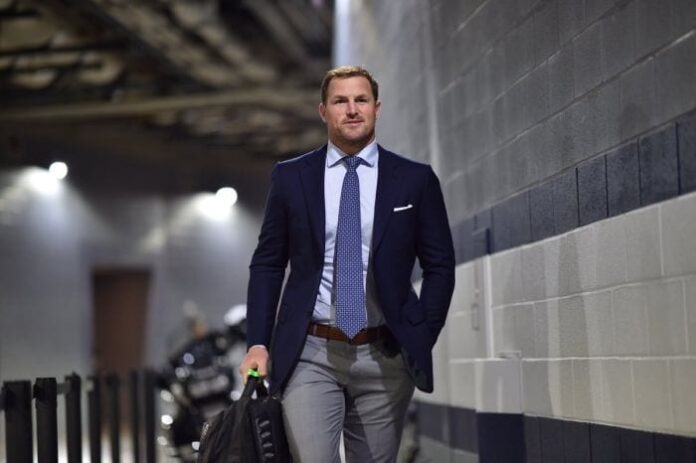 The issue here is the experience in the NFL, or better to say, the lack of it. Counting only regular season these five players have 94 receptions among them. The funny part is that all of that was done by Swaim. If Witten retires, Cowboys need to add experience asap.

One player, who is not an NFL household name, but could add needed experience is Gary Barnidge. A late bloomer Barnidge only had 25 starts and 44 receptions in his first seven seasons in the league. But, in between 2015 and 2016 he amassed 134 catches which resulted in 1,655 yards and 11 touchdowns. Cleveland Browns released him after 2016 season. The player sat out 2017 season to get his body rested. He will be searching for a new contract this year.

What Dallas needs is a pair of safe hands at the tight end at a discount price. Gay Barnidge would sign on a league veteran minimum and would be a perfect solution to add depth and experience to TE corps. The current players at the position have potential, but Dak Prescott doesn’t know if he can trust them right now. Having a 32-year old Gary on the team might change this.

Sinobald Abramov - February 19, 2020
0
Whenever we go out for a drive, we wear our seatbelts because “Safety first", but sometimes you might feel unsafe even in your own...

What is a collection agency? And how does it work?

Is It Important To Have A Good Web Design?

Is Cheating Such A Big Deal?

6 Best Antivirus Solutions for Mac in 2020