When someone tries to think of the most dangerous animal for humans, most of the people will think of sharks, snakes, hippos, bears and the like, but the truth is that many more lives are taken by a totally different kind of animal.

For example, sharks kill an average of ten people worldwide in one year. On the other hand, the wolf whom we fear from the fairy tales takes ten times more lives than a shark- almost 100 people. About as many people are killed by the lion as well, while elephants and hippos represent even greater killers in the world.

Crocodiles have almost 1,000 victims a year, a parasitic tapeworm 2,000, and you favorite pet, dog, even 25 thousand! So much hated and disliked snakes prove their factor of danger with as many as 50 thousand victims.

And what about the people?

People are, as a species, quite lethal, not only for animals but also for themselves – in the world, there are 475 thousand human victims each year. But the biggest killer of people is a species you probably would never have thought of and is responsible for 725 thousand deaths a year. It is, in fact, a mosquito. And this insect that loves to drink blood is dangerous because there are transfers of various lethal diseases, which certainly cause hundreds of thousands of deaths worldwide.

Among the most dangerous are malaria, West Nile virus, different types of encephalitis, dengue and yellow fever, and the infestation is largely determined by the area which they live in. And of course, the most dangerous ones are in tropical parts of our world.

In the spring and summer mosquitoes can be real monsters that easily destroy the evenings spent in nature, despite the dusting and repellents applying. In total, there are nearly 3,500 different species of mosquitoes in the world, but only about 200 of them are attacking people.

Every fifth man is a favorite target of mosquitoes, and generally, they are being attracted by heavier and taller people, then those who drink alcohol, as well as those that tend to use a lot of cosmetics.

People are attacked by only female mosquitoes, and every twentieth person is allergic to mosquito bites, and it is characterized by much stronger reaction than normal. 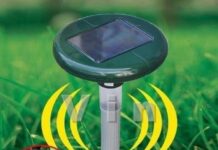 Do Ultrasonic Repellers Work on Snakes? 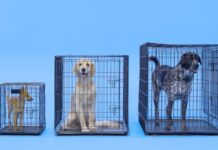 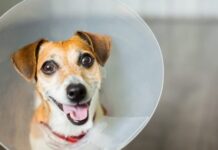 Benefits of Spaying and Neutering your Pet