The 2022 NFL draft was the 85th annual National Football League draft. It took place between April 23rd and 25th. As always, on the first day, April 23rd, the first round took place, on April 24th the second and third rounds, and the rest, ie from the fourth to the seventh, on the last day, April 25th. Originally, the host city was supposed to be Las Vegas. That fit in just perfectly with the arrival of the NFL team in Las Vegas. Las Vegas Raiders, a new team for this season, after moving from Oakland.

But that did not happen. Force majeure influenced. Due to the COVID-19 pandemic, in mid-March, the league decided that the first draft would be held online this year. Due to respect for social distancing measures. All general managers selected players from their home, via video call. While league commissioner Roger Goodell broadcasting picks from his home.

Although they did not know how everything would go, there were no technical problems, and a record number of viewers was recorded. It is assumed that the reason is that most people were at home, in quarantine, due to nationwide lockdown.

Las Vegas, however, will not be denied the right to host the NFL Draft, but will be the host in 2022.

The draft was full of promising players, and these are the things we learned…

QB is still the most important position in the whole game

You don’t have to be an NFL expert to know that QB is the most important position. There are rare examples in recent decades that teams have won the SuperBowl with an average QB. It used to be a run game and the defense that brought trophies, but today it is an NFL game where gaining yards through the air dominates. In the last decade, nine out of ten MVPs were QB, with the exception of Adrian Peterson, in 2012. That speaks volumes.
For the 15th time in the last 20 drafts the number one overall pick was QB. And even three of the first 10 picks were QB. While another was selected by the end of the first round.

The Cincinnati Bengals have decided to terminate their contract with longtime QB Dalton and embark on a rebuild with the help of Joe Burrow. After the perfect season that Burrow had and the titles of national champion, no one doubts this guy anymore. He led the LSU attack against the best defenses of college football, he was calm, always precise and self-confident, and I was surprised by his determination when it came to running, because he did it without fear. His teammates from the university say that he is a great teammate, his games helped many to reach the first round of the draft, and he denied the stories that he might reject the Bengals due to the current situation in which the team finds itself.

Miami then chose Tua Tagovailo, who was expected to be 1st overall until the injury. A hip injury is serious, especially when you play in a position that is exposed to a lot of hits, often from the “blind” side. If we ignore that injury and if we believe that Tua has fully recovered, if we analyze the film we will see that this guy is fast and efficient in his pocket, has the ability to extend the action with his legs like Russell Wilson, has a strong arm and is very precise in vertical passes, making it an irresistible option at the very beginning of the first round.

Then the Los Angeles Chargers also chose Justin Herbert, who is a classic prototype of the successful NFL QB. All three were selected in the first 6 picks.

Versatile players are getting more important every year

General managers and coaches have been reluctant for years when it comes to choosing a player in the early rounds, who does not fit strictly into one position. Yet such players have proven their quality over the years, like Lamar Jackson. Or hybrid rb / wr players, defenders who play multiple positions, etc. In today’s increasingly evolving NFL, these are probably the players who will be most important in the future. The best example of this is this year’s 8th overall pick, Isaiah Simmons.

Simmons is a player who played in five positions in college, he was equally successful as an outside and inside linebacker, as a free and strong safety, but also as a slot corner. 6 ft 4 in and weighing 240 lbs, he possesses incredible agility and speed for his constitution. Simmons can be a solution for tight ends who are amazin athletes in the NFL, but also support for teammates in the middle of the field. It is not a characteristic player for one position or task, a system that knows how to take advantage of its game diversity can be richly rewarded. Many did not even know what Tyrann Mathieu would play in the NFL, but since he has been among the best defensive defenders for years, and last season he contributed to winning Lombardy for the Chiefs.

Although the 2nd overall pick, Chase Young, is the absolute favorite to win the Defensive Rookie of the Year award, we think Simmons has a great chance of being the Defensive ROTY. If you share our opinion and want to bet that Simmons will win ROTY, visit the NJgamblingfun website and find sports betting odds.

Just ask Aaron Rodgers. When he was the 24th pick in the 2005 draft, the then-starting QB, the legendary Favre was not at all happy when it happened. Now, 15 years later, the Green Bay Packers are trading up to pick Jordan Love, possibly Rodgers’ successor, from 26th place. A very unexpected move, because they have a lot of shortcomings in the team, and Rodgers is under contract until 2023. They decided this, most likely, based on numerous examples in recent years, that young QBs develop best as reserves in the first few seasons.

Rodgers was a Favre reserve for three years, before becoming a starter and one of the best NFL players in the 21st century. Green Bay Packers fans and owners certainly hope that history will repeat itself here as well. Also, the situation looks better than 15 years ago. It seems that Rodgers will give a much warmer welcome to Love than he received from Favre.

What is certain is that a very interesting season awaits us. Starting from the fact that we will see Tom Brady in another  jersey for the first time, to all the new intriguing rookies, to the already proven star. We can only hope that the pandemic will end by then and that everything will start on time. 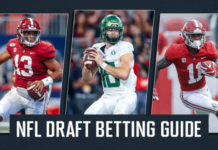 How To Bet On The Nfl Draft Successfully – 2022 Guide 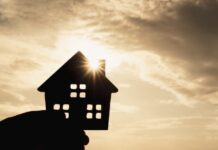 4 Potential Problems Landlords Might Encounter During the COVID-19 Pandemic