If you love teamwork and games, coop board games are the thing for you. These board games present a challenge for all players, as they play against the system instead of each other. This means they have to collaborate, support and help each other, maybe even sacrifice themselves for a joint win. Generally, everyone either wins or loses, but there can be exceptions. These games have gained a lot of popularity and fans in the last ten years, and it seems there is a large audience who enjoys team spirit and winning together.

There are two types of coop board games. In full-coop board version, all participants play against the game. Semi-cooperative board types are not so straightforward. They could pit two or more teams against each other, or one team against a bad guy, also a player. Some even use secret identities and traitors, which creates suspicion and paranoia.

The following list contains only full coop games, and we picked the best ones for you. Enjoy, and we encourage trying at least one of these with your group of friends.

Pandemic Legacy: Season 2 is the newest episode in the highly popular and successful Pandemic Legacy series. It features a full-cooperative experience in which every player has a vital role in the overall success of the group.

The ‘Legacy’ part of the name means that the physical game elements like cards and the board change throughout a session, and thus creates a unique story. Cities may fall, characters may die, and you may not even find the cure at the end. During the memorable first season, the World was on its knees while players fought viruses, found potential cures and saved cities. The next season is promising.

After the major success of the first Codenames game, Duet sequel takes the same formula but with a twist, as it now supports two players. Usually, in two player games, things get pretty competitive. Players face each other in head to head encounters and battle for dominance. In Codenames Duet, however, there is a unique two-player collaboration system where players triumph or fall together. The session has 25 random cards, each with a word on it. They represent people, either assassins or secret agents. The objective is to give clues and uncover the agents, while revealing assassins ends the game.

This coop board game gets its premise from the legendary adventure novel by Daniel Defoe, published in 1719. Depending on the game’s scenario, you either fight cannibals, build a bonfire, run from lava, build a family, or even fight King Kong! Those are some very different scenarios indeed. They each have different goals and feature special events, actions, weather conditions and rules. Every scenario is unique, and basically a wholly different game. At the start of each turn, players make decisions, and subsequent choices have heavy consequences in later stages.

This game says it all in the title. It is a card game featuring popular and legendary superheroes and supervillains from the Marvel Comics universe. Spiderman, Iron Man, Thor, Captain America, all of these legends are present, as well as many, many more.

This deck-building game is both cooperative and competitive, as players win if they defeat the mastermind, but the player with most points at the end wins the whole session. It supports up to five players, and you can also play it solo. It is dynamic and takes around 45 minutes to finish, which is great news for those who prefer shorter games. Do not let this fool you, as it tends to have a lot of action for that limited time frame!

This is a perfect horror experience for those of you who enjoy being frightened. Here, players take the mantles of investigators and explore a Mansion and its surroundings. They have to discover clues and battle monsters in order to reveal the mystery of the plot.

The game takes place in the Lovecraft horror universe, by writer H.P. Lovecraft. Better known to some as the Cthulhu Mythos, it contains monsters and gods who influence our world from shadows. The game is flexible and can be played in no particular order. 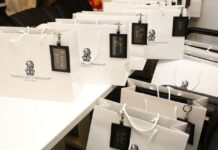 How board games can help your career? 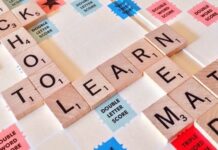 Should You Use The Scrabble Words Cheat