Over the past decade, cybersecurity has become a major concern for businesses of all sizes. Sophisticated cybercriminals do not discriminate when it comes to picking their targets, and large international corporations are just as likely to be hit as small local businesses.

Companies that don’t take proactive steps to protect themselves are vulnerable to devastating data breaches, malware infections, and ransomware attacks that can do serious damage to their credibility and financial health — or even put them out of business altogether.

While progress has been made in recent years to combat these threats, cybercrime tactics are also evolving at a shocking rate. If you want to protect your company from a potentially ruinous attack, here are the three biggest threats you should watch out for in 2019:

The Cloud has proved to be remarkably useful for businesses that want to store their information in a way that keeps it accessible while shifting it off-site. But the Cloud has also become a major target for hackers who see it as a gold mine of sensitive data. Ensuring that information stored in the Cloud is kept safe will be a major concern in the coming year. 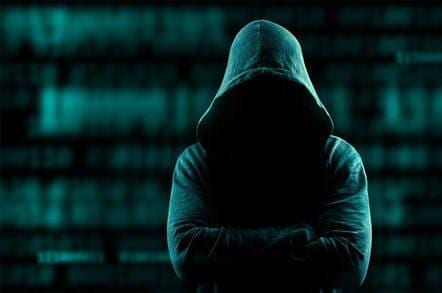 Malware is not a new threat, but it is an increasingly virulent one. One of the biggest malware dangers arises from people sending passwords, banking information, and other sensitive data from infected devices, allowing the malware to leak reams of valuable data to hostile third parties without their knowledge. Combatting malware isn’t easy, and it requires a hyper-secure internal communications strategy.

Ransomware uses encryption for nefarious ends, usually by blocking users out of their computers until a ransom fee has been paid. Ransomware can be incredibly destructive and is often spread by workers who don’t understand how vulnerable their devices are to this kind of viral attack.

Each of these types of attack represents a serious threat both to family businesses and large corporations alike, and each of them exploits weaknesses in communication to devastating effect. If you want to protect your company from these attacks, the best thing to do is adopt encrypted mobile phones as part of your communication strategy.

One of the chief benefits of an encrypted messaging platform is that it removes any possibility that a hacker will be able to break into your private messages and my sensitive information like bank account numbers and passwords. Encrypted smartphone tools make it impossible for third parties to decode your private emails and chat messages, keeping out even the most sophisticated hackers.

Companies like ChatMail Secure have specifically designed their encrypted smartphones to be able to offer a high level of functionality (including chat, group chat, anonymous group chat, image messaging, and voice messaging), and their innovative blend of PGP encryption and Elliptical Curve Cryptography means that users can seamlessly interact with a wide range of contacts.

With ChatMail, encryption keys never leave the device, and because ChatMail phones do not store any information outside of the device itself, they provide unparalleled security as well as cutting-edge functionality.

Most Common Phishing Attacks in 2022

How Risky is it to Buy Expensive Cryptocurrency?