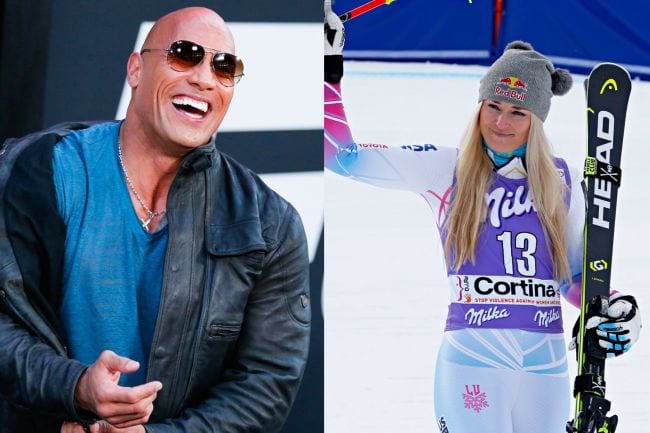 Everyone would agree that we aren’t complete unless we have a true friend. Honest and real friendships are rare, and we should consider ourselves happy if we have one in our lives. This is exactly how Dwayne Johnson, America’s father and Lindsey Vonn, golden alpine skier and national heartthrob might feel for having each other.

In a recent interview, Vonn claimed that if she retired after the season of 2019, she might try her luck in a slightly different industry, such as acting, and that The Rock would be the one she would ask for help. Moreover, she said that Johnson promised to her he would help her if she proved to be able to do it after following him around a bit.

Now, this might turn out to be a dream team. Both of them are extremely committed to everything they do, they are persistent and hard workers who always give their best. They both know what a failure looks like and aren’t afraid of it because they know how to deal with it and how to get up after they stumble and fall.

When it comes to Vonn, her devastating fall at the 2006 Torino games left her with serious and career-ending injuries, but she recovered from it and came out stronger and braver. Not only did she has a concussion, but she fractured her tibial plateau on both legs and tore her A. C. L. twice. And look at her today at another Olympic Games. Vonn said she wasn’t afraid and knew that crashing is a part of every sport and that there was no room for fear.

As far as Johnson is concerned, he works out around 800 times a day and is definitely one of the hardest workers. Moreover, he can’t stand lazy people who slouch and procrastinate, and Vonn is certainly not one of them, so this match might just be perfect!