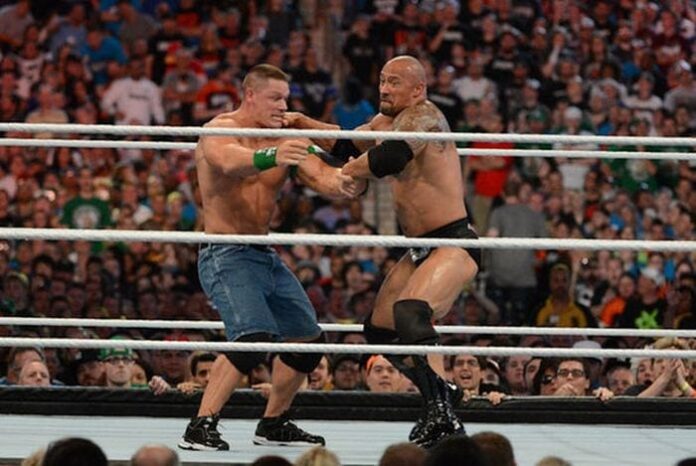 Dwayne Johnson is one of those people that loves to walk down the memory lane. In one of his most recent interviews, he talked about Wrestlemania 29, his injuries and one particular backstage moment.

During the event at MetLife Stadium in East Rutherford, New Jersey, People’s Champ tore his adductor, and his quad off his pelvis was completely off. What comes as even worse is that he lost this duel. On that night John Cena was the better man.

For all of you that didn’t know, these injuries occurred in the first 15 minutes of the match that lasted 45. Despite this setback, Rampage star managed to hold his own for another half an hour.

Talking about this unfortunate turn of events Jumanji: Welcome to The Jungle star said: “At the 15-minute mark, ‘bang!’ I feel something pop, and I’m like ‘What the f—?’ I’m laying there, and both of us are out. “I said ‘Oh f—, something is going on.’ ” 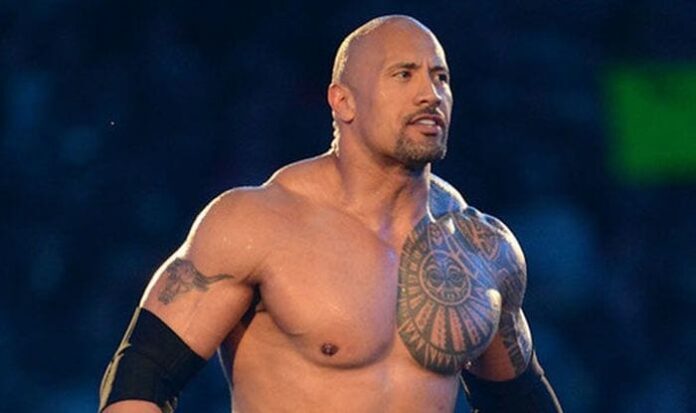 But this development didn’t put The Rock out of contention. A superstar of his magnitude knows that the crowd must leave satisfied after the main event: “In the world of wrestling, when you have a big show like this, a big main event that the entire show is based around, the wrestlers will come up to the two people in the main event, at some point all throughout the night in the locker room, and be like ‘Hey, thank you for the house.’ ”

Because of attitude like this Dwayne Johnson is still, years after he left the WWE, one of the most popular wrestlers in the world. And he knows that the fans are a reason for this: “What that means is thank you for drawing – helping draw 85,000 people – and putting a lot of f—— money in my paycheck. We got a lot of ‘Thank you for the houses’ that night.”

In the end, Johnson explained the finish of the match, and what followed after the big clash: “Final move of the match, it’s his big finishing move, and I remember, I’m getting up, and I’m turning, and he’s going to hit me with his big finisher. It’s like a massive Suplex where I go over his head, and he slams me down. I feel ‘boom!’ and I don’t know what just happened. Luckily the match is over, one-two-three.”

After the event, there were no hard feelings between the two men as they shared a drink together: “Get to the back, can’t move, now I’m getting a little nervous. Doctors come in, John comes in, ‘You okay?’ We like to celebrate with some booze, he brings moonshine, like legit moonshine. It’s some crazy white boy s— that they bring in a jar.”