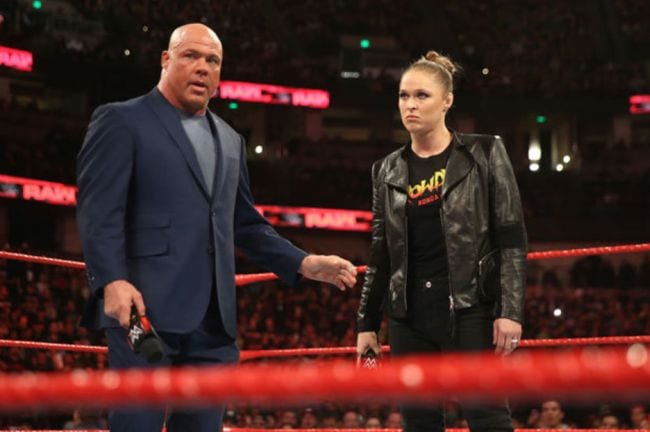 Ronda Rousey is now officially a member of the WWE. She signed her deal a couple of months ago but had her TV contract signing this Sunday at Elimination Chamber. She also appeared on Monday Night Raw for the first time ever. When you combine these two appearances with the one that she had at the Royal Rumble, we get three for Ronda.

Rumors were saying that Ronda is going to have a mixed tag-team match at Wrestlemania against Triple H and Stephanie. Nobody knew who is going to be her partner, but many were guessing that it is going to be The Rock, who already has a lot of history with Triple H, Stephanie, and Ronda Rousey. 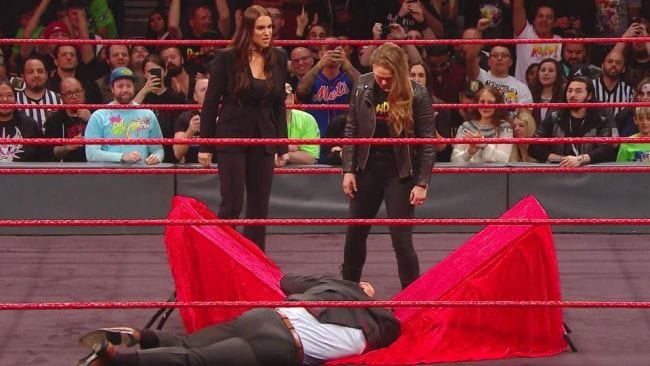 Well, it is not easy to book The Rock these days. He is working all the time, and WWE is not going to be able to book him with Ronda at Mania. The reason is simple – schedule conflict. People’s Champ is simultaneously working on HBO TV Show Ballers and numerous movie projects.

But, the biggest company in the wrestling business has a backup plan. The rumors were that Kurt Angle might be the one to fight with Ronda as she had a lot of history with this man. They butted heads at Survivor Series, and they have hated each other ever since then. He was involved with the power couple at EC and on Raw, which is actually the confirmation that this is the match that will happen at Wrestlemania. The fans would have loved to see The Rock, but Angle is going to be a good replacement.