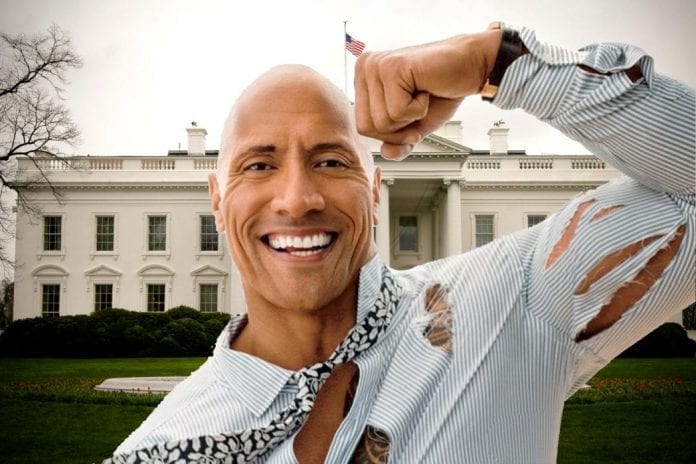 Soon after Donald Trump won the elections for president, Dwayne The Rock Johnson played around with the thought of running in 2020. He said to Vanity Fair that it would be “a great opportunity to help people” and that he “wouldn’t rule it out.”

This thought has obviously stuck in his head and was activated once again this week in a Washington Post statement which said that if he did run for the president of the United States, The Rock would have a fair chance of winning, taking into consideration his popularity, his origin, and more.

The Rock published a screenshot of that article on his Instagram account today, calling this idea “very alluring.” He also signed off with a presidential pin-esque US flag:

“Interesting piece from The Washington Post on if I ran for POTUS I could actually win. Writer Alyssa Rosenberg did some pretty good research into my background (slave descendants fighting for their freedom, Revolutionary War, etc.). Much more to uncover but well done. More and more pieces like this are popping up due to the Presidential election and they’re cool/fun to read… I care DEEPLY about our country… and the idea of one day becoming President to create real positive impact and global change is very alluring. Buuuuut until that possible day, the most important thing right now is strong honest leadership from our current and future leaders of this country. Thanks again Washington Post.”

A wrestler as a president wouldn’t come as a shock any longer. Some of you may don’t know, but President Trump has had his deal of experience in the ring. 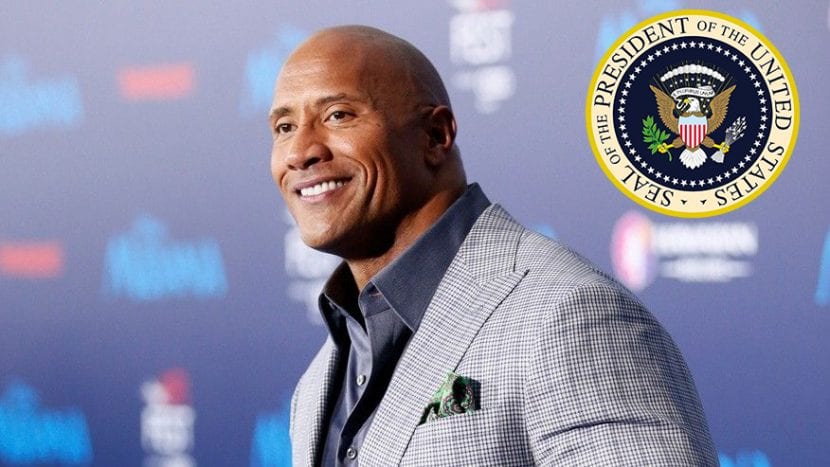 What do you think? Is this thought plausible or highly unlikely?

We will certainly root for The Rock if it ever comes true. Until then, we will keep you updated on this matter. As soon as something new comes up, you’ll be the first to know.