You know that saying: “It is always better to give than receive.”

Dwayne Johnson knows it, and it seems he’s very familiar with this saying as he’s one very generous man. In years behind us, he helped his family members, fans, and even complete strangers. As you probably seen in our previous article, his latest good deed was for his father, Rocky Johnson. After hip surgery he underwent recently, Rocky asked his son for a new car. The doctor recommended it, and Dwayne had no choice but to treat his father to an Escalade SUV.

Another act of generosity by Johnson is a perfect opportunity to remind ourselves to some of the great things Fast&Furious star has done through the years.

When Jacob O’Connor saved his brother from drowning in a pool by using a technique he saw in The Rock’s movie San Andreas, Johnson decided to meet him. The location was not ordinary. The set of his latest movie Skyscraper. Check the trailer here. 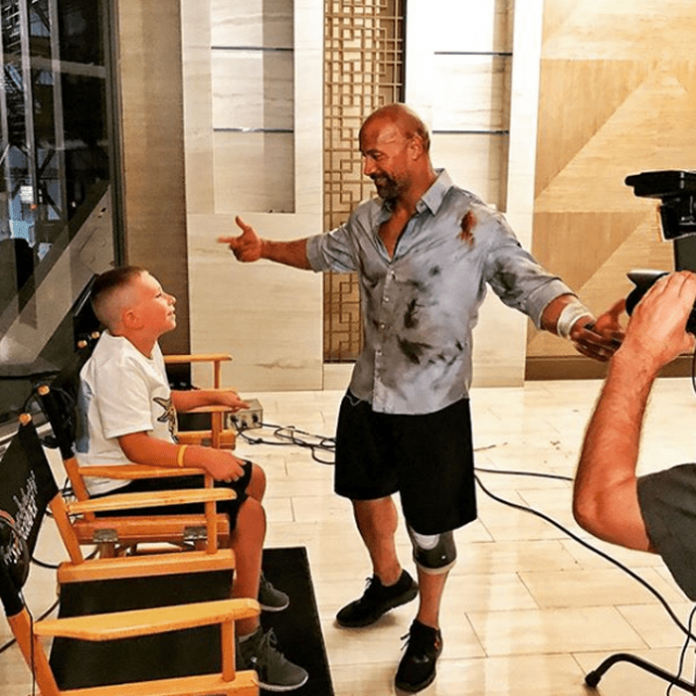 While promoting The Fate of the Furious, Dwayne casually stopped by Disney World. He went on a boat ride with fans that were thrilled. His upcoming movie Jungle Cruise was probably already in the works. He stars alongside Emily Blunt in this one. The goal is to make a franchise as famous as The Pirates of Caribbean are. 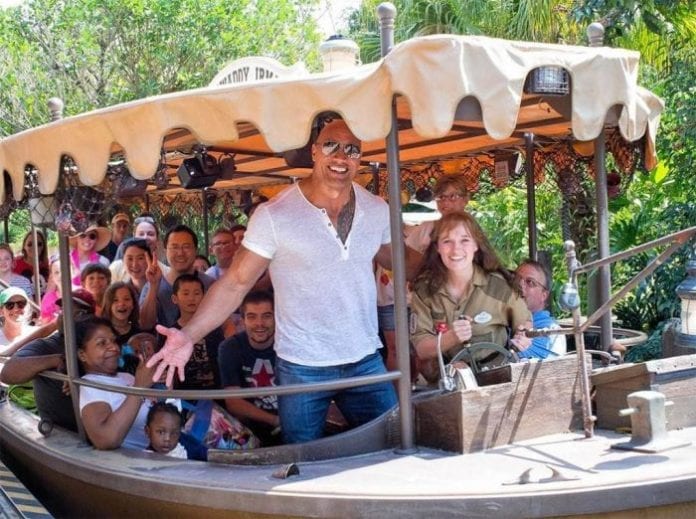 Escalade SUV for his father

We mentioned this one in our introduction, and here’s the entire article. But, we had to say it again.

A young boy battling cancer got a chance to meet his hero on the set of Baywatch. Two superheroes at one place. A good deed and a lovely photo. 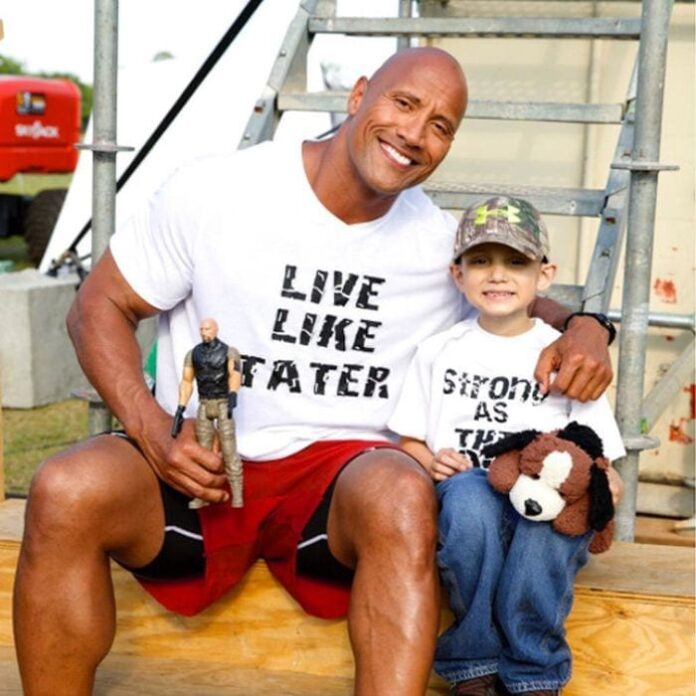 Dwayne did a ton of charity work while filming Baywatch. This photo shows him in a visit to children’s hospital where he kissed a young fan. 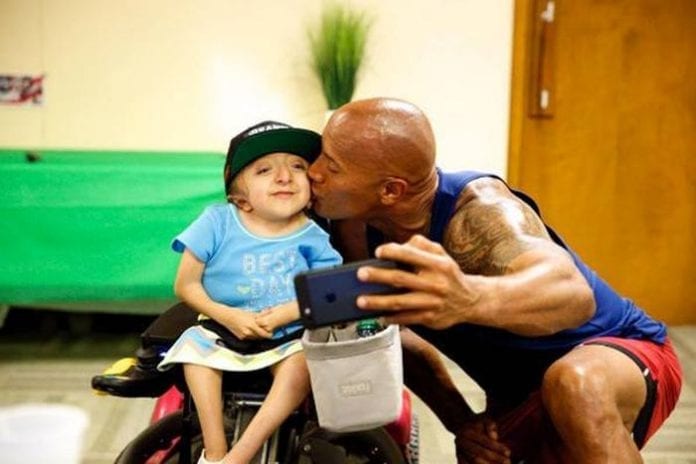 Manicure from The Rock

This young fan had one wish, and one wish only. She wanted to get her nails done by People’s Champ. San Andreas star was happy to oblige.

Johnson is a workaholic. We all know that. Be he has time for those in needs. Here you can see him taking a break from filming HBO’s TV Show Ballers to take a photo with a young man in a wheelchair. 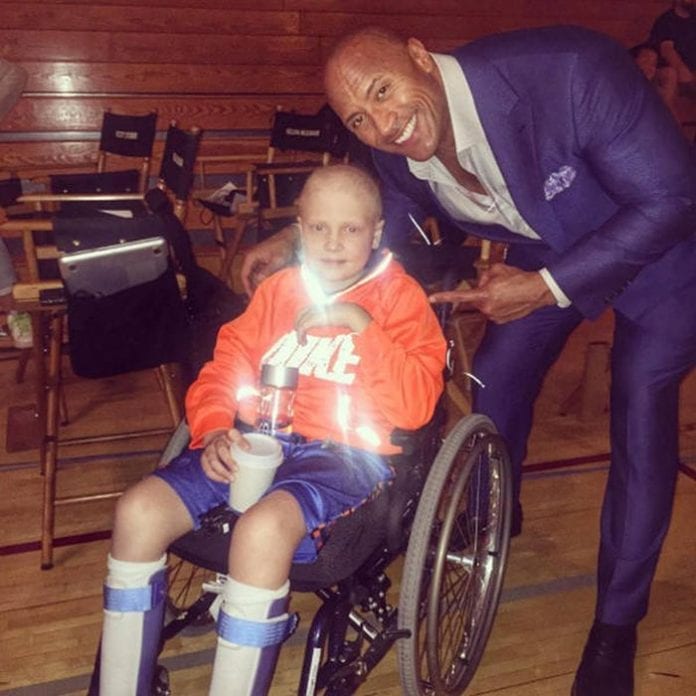 Dwayne likes to spend his free time to make a day for those in need. Just popping up in a hospital for a fist bump with a youngster is the most-Dwayne thing ever. 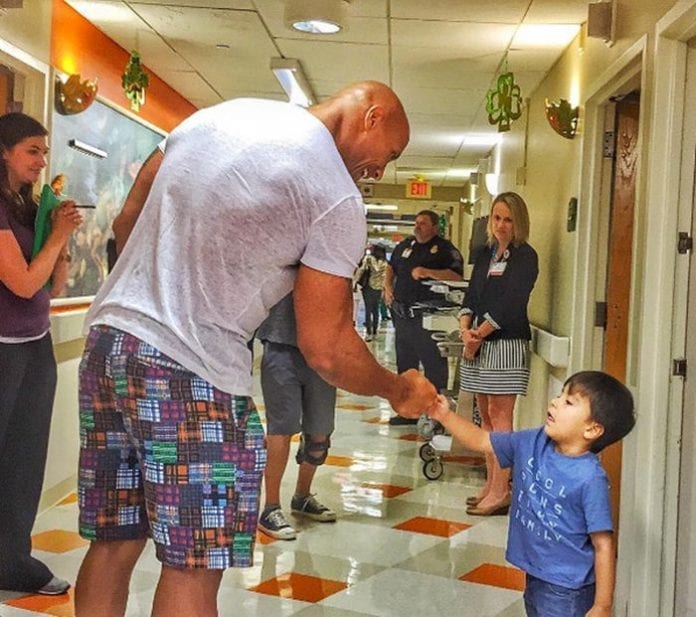 The Joy For Joi

Joi is a strong young girl who was going through a hard time and was in need of surgery. The Rock visited her in a pediatric hospital and even got a smile from her. 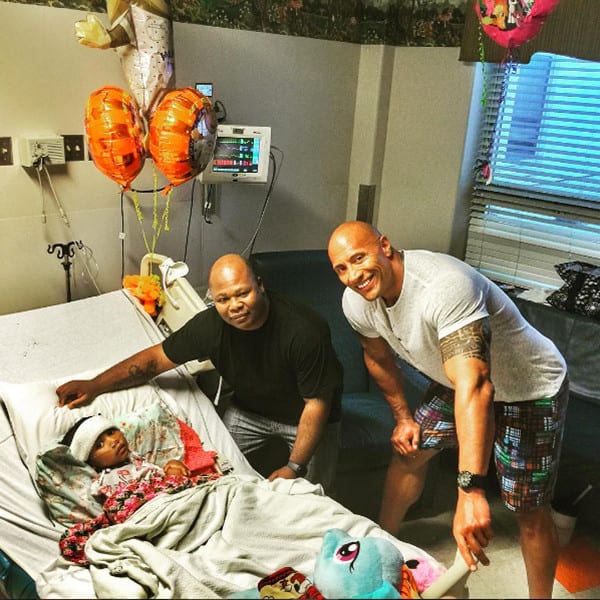 Gym time with The Rock

Dwayne didn’t just take a photo with a girl named Lexi. He gave her a couple of workout tips and even set her up with Justin Bieber for her prom night. 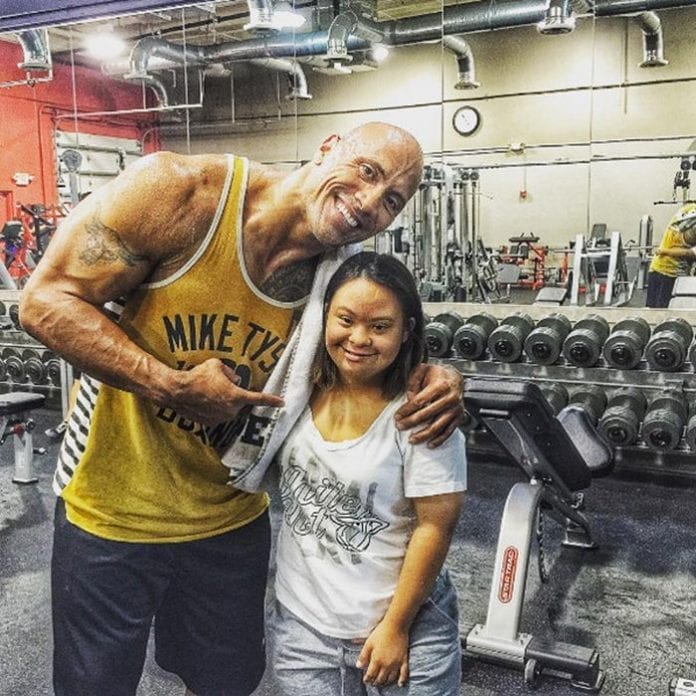 While in a children hospital Johnson bumped into a young girl that loves Disney princesses. He made her day by saying that he will be a star of at the time upcoming Disney movie Moana. 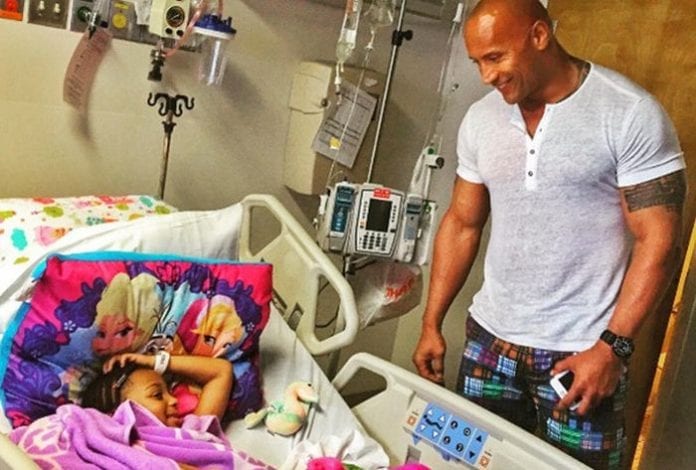 At the same hospital, Dwayne took his time to help one tiny lil’ baby girl with her bathroom duties. They were both surprised with the amount of success. 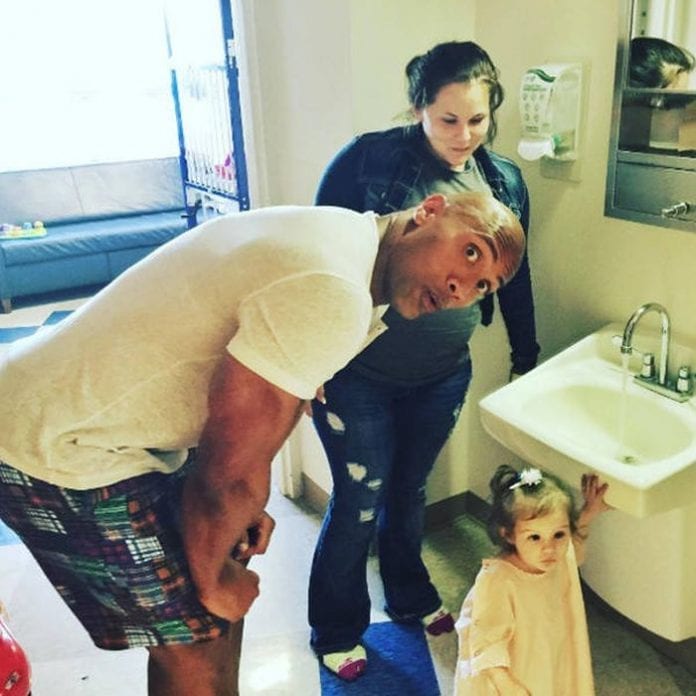 The critics might have panned the Baywatch, but you can’t trash-talk The Rock. While filming this movie, he did a ton of charity work and spent a lot of time with fans. Taking photos and giving hugs. 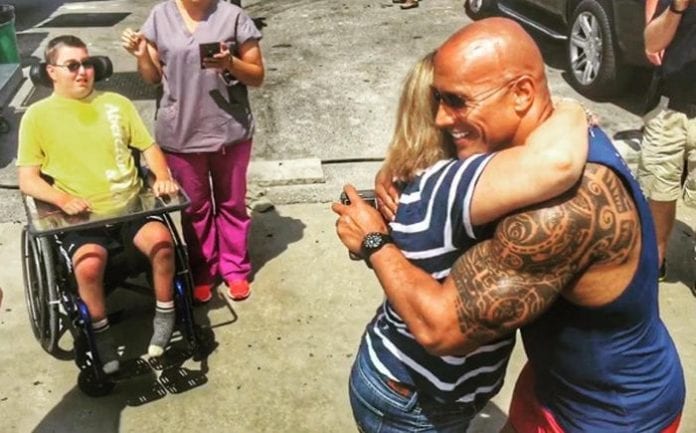 As a part of his Make-A-Wish Foundation duties, Dwayne spent some time in a children’s hospital. Also while on the set of Baywatch. Everyone had a good day thanks to Dwayne. 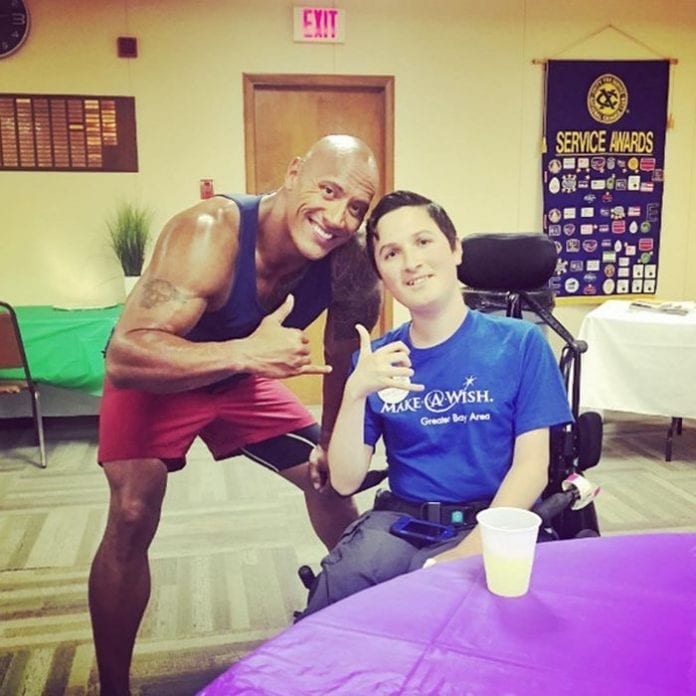 The Heart of The Rock

Sally had heart surgery while being only five months old. The operation was a success! For her first birthday, she got to spend some time with Dwayne Johnson. He also had a message for her: “Stay strong, Lil’ Sally!” 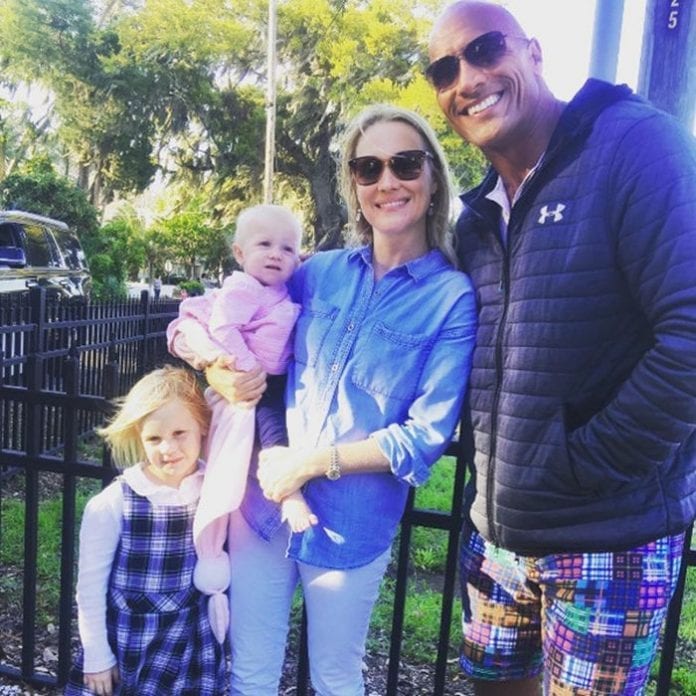 No one can deny the fact that the popularity of vaping is constantly increasing. More and more people are opting for this method of...
Read more