Opptrends 2022
Home Travel The Most Interesting Facts About Oman 2022

If you come from the West, then you probably are not ready for the difference in culture when going to the Eastern countries, especially the ones on the Arabian Peninsula. Oman is one of those countries and it definitely has one of the most unique and rich cultures in the entire world. It is also considered to be the older Arab state on entire Arabia.

Wherever you dig in this land, you will probably find traces of advanced civilization dating back to 6,000 or 7,000 years in the past. It is one of the places on the planet where humans started working together, creating their own culture and civilization. This is the main reason why today Oman is enriched with such a vibrant culture.

Back in the past when Oman was still just a kingdom, it was built on a very high plain which is why it had such an upper hand on all of its attackers and invaders. Having such a natural protection and upper hand over its enemies is another big reason why the culture has remained untouched for thousands of years. It has not been stained with hundreds of different cultures such as many other countries in Asia, Europe or even in the Americas.

Many countries around the world still have a king or queen, such as the United Kingdom and they still have a role in ruling the people and regulating laws, but there is also a government made up of thousands of people who run the country. Oman also has its own “king” or more accurately, a Sultan. The Sultan is above everyone in the country’s government and has absolute power over everything.

The leadership of the royal family has been proven to be very effective over the last few centuries which is the reason why Oman had the same Sultan for more than 50 years. Sadly, just a few days ago. Qaboos bin Said Al Said, the Sultan, recently passed away from cancer. The people hope that they will find a suitable leader that comes from the same blood as Qaboos Bin’s family.

Just like all the other Arabian countries, Oman is very rich in oil which is why it has such a high export in oil. The land is located right over an oil reserve that will probably last for more than just a couple of centuries. The export of such high amounts of oil is one of the main reasons for its economic stability.

We mentioned that this country was the oldest state in the Arabian Peninsula and that traces of advanced civilization can be found anywhere, but there is actually a lot more history about this area. There are traces of people living on this land for more than 100,000 years. That is considered to be one of the oldest traces of humans on this planet which automatically puts this country on the list as the oldest human-inhabited country.

Easy to get a Visa

Unlike other countries, getting a visa for Oman is actually quite simple. While you could just get one upon arrival, you will have to get one in advance online. It takes about 15 minutes to input all of your information and with the price of 50 USD, you will not have any trouble entering this beautiful land. Check out oman-evisa.com to find out about the steps you need to take to apply for an eVisa.

A lot of people from the West are highly misinformed about life in the Middle East. The moment people hear about the Middle East or the Arabian Peninsula, they connect it to terrorism or war. This is simply not true and that can be proven with the Global Terrorism Index. It claims that it is actually the safest country in the whole Arab World with a score of zero. Zero meaning that there has not been any kind of terrorist attacks in the last couple of years or maybe even decade. Sadly, the same cannot be said for most countries today.

Considering that Oman’s civilization is believed to be one of the oldest in the world, it is natural to assume that all of their “handy” skills are brought to an expert level that cannot be compared with anything else. Sure, factories with their extremely expensive machines and robots can be much more precise and faster than humans, but the skill to build something from your bare hands is considered to be art.
This country has always been surrounded by water in every single direction which is why they have become so skilled in building the greatest ships and boats. After thousands of years constantly building ships to trade, travel, and conquering, Omani are believed to be the best shipbuilders on the planet. Their wooden ships can probably endure as much as today’s modern steel and factory-made ships.

Not only is this country free from acts of terrorism, but it is almost free of any kind of crime too. Sure, there always be thieves and cheaters in this world, but the Omani are such calm and relaxed people, they do not believe in settling things with violence. The government has also implemented rigorous punishment about any kind of crime, so it doesn’t seem attractive to do any illegal stuff.

Before the reign of the Sultan Qaboos bin Said Al Said, the tourism in this country was almost non-existent. You couldn’t find any tourist attractions, people cannot help you because of the language barrier, no one knew English, no hotels or rooms to offer and so on.

Fortunately, after the new Sultan took the head of the government, he soon made a complete change. After the 1970s, Oman has started building huge and amazing hotels filled with all kinds of incredible views, pools, food and other features that will make you stay there for the rest of your life. 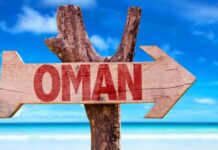 Tips for getting a visa to Oman 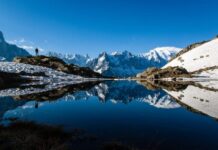 What can you do in Blue Mountains, Ontario, Canada?