Since the WWE added that DQ stipulation to the IC title match between The Miz and Dean Ambrose, we knew that the A-lister was going to be the one to walk out with the belt after the Extreme Rules pay per view. That is exactly what happened as The Miz was able to outsmart his opponent and win the title for the seventh time in his career.

His best work on the Smackdown Live came when he was the IC champion, so this was probably a good move that WWE made on Sunday Night. Dean Ambrose really wasn’t doing much with or for the title as he was just that comedy face that was doing all kinds of skits. He removed from his Lunatic Fringe character so far now that he is even becoming stale and boring.

Ambrose will now probably get his rematch at the Great Balls of Fire as that is usually how things go in the WWE. After that, the company should seriously think about turning him heel as that would give him a new lease on life in the organization.

As far as The Miz goes, he is either going to have another entertaining reign with the title on Monday Night Raw, or the company might feed him to Roman Reigns at Summerslam. Recent rumors that were swirling just a couple of weeks ago suggested that they are planning to give the belt to the Roman Empire at the biggest show of the summer.

This first option is much better for him and for the fans, so there is still hope that he is not going to be added to the list of the superstar that the company just gave to Roman Reigns in their efforts to get him over with the WWE Universe. He is just too big of an asset for them to do that. 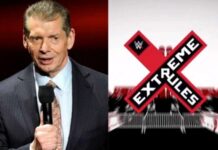 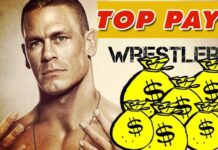 Top 5 Shocking Salaries In The WWE