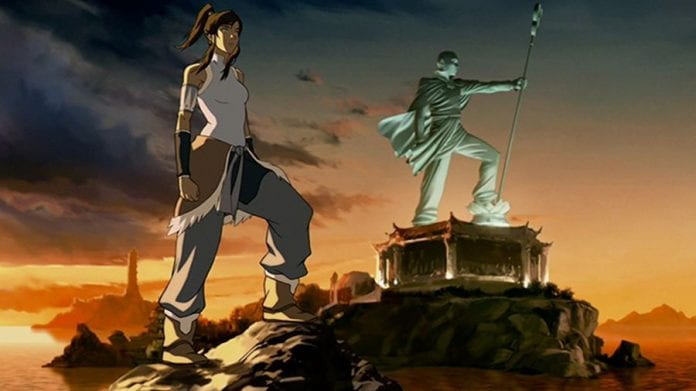 The Legend of Korra ended three years ago with the season four being the last one. The series left room for future episodes as we saw Korra and Asami walking off to the Spirit World and even though we were informed that The Legend of Korra is not coming back for season five, fans are still hoping that it might return.

Nickelodeon’s TV show premiered in 2012, and it was praised, even compared with Game of Thrones and some of the works of Hayao Miyazaki, the greatest Japanese anime filmmaker. There are only few entertainment programs on today’s TV that tackle issues such as gender, race, identity, etc.

The Legend of Korra is definitely one of the best and most popular animation TV series of all time, and it about people in the show that can manipulate nature’s four elements – water, fire, earth and air. It is set in the same world as Avatar: The Last Airbender, which is a coming-of-age story of Aang, an Avatar who can bend all our elements and he is different than others who can bend only one. He is responsible for world peace, but now with Korra, the story moves to more modern times focusing on the new Avatar of the world.

Season 5 – Possible or Not?

Honestly, season five is not happening. However, the series will live as a graphic novel by Dark Horse, written by Michael Dante DiMartino, a guy who wrote The Last Airbender stories.

We expect it to arrive later this month as the Korra’s story will be divided into three parts – The Legend of Korra: Turf Wars is the name of the first installment which will follow the pair’s return to Republic City from the Spirit World and find the entire place in disarray. This is what DiMartino said about the upcoming story:

“Korra has to figure out how to find a new balance in the city with all this stuff that’s gone on. It’s gonna take place right after the finale, so it’s focusing on Korra and Asami’s relationship as a new threat emerges. It’s kind of like the aftermath dealing with the new portal in the city, and all the evacuees coming back to find their homes wiped out cause of the portal.”

The TV series definitely ended but The Legend of Korra will live in the written form.

Not long after The Legend Of Korra Season 4 has ended, we received information that there will be no continuation of this story. It left many fans disappointed, but many of those who wanted to see the sequel did not just sit and wait for good news to be delivered.

We could hear that petition was started for Netflix to take over and continue with the production of this animated show. As this was one quite popular series, it didn’t need a lot of time to collect 10,000 signatures, and it was clear that there are still many people that would love to see more episodes.

Even with great response from fans that strongly advocate for a sequel, it is hard to believe that there will be more of this one. It would be great to see The Legend Of Korra Season 5 and additional series from Avatar universe, so we will bring any news on this topic as soon as we find out.

If you already watched pretty much all episodes of The Legend Of Korra, and you still want more anime-related fun, we can recommend checking strongsocials.com that brings some of the best memes.

Great Tips For Fans Looking To Larp For The First Time