Esther Afua Ocloo’s name might be unfamiliar to you, but her life story is anything but unexceptional. Her life’s work changed the lives of millions of women around the world.

An icon in her own right, Ocloo started her own business as a teenager. In the 1930s, she started selling marmalade, a venture that began her entrepreneurial journey and the rest is history.

For a woman to create her own career path was anything but easy in those days. The roles were limited in a male-dominated society, especially in a developing country like Ghana. But she persevered, and her perseverance resulted in a revolution that empowered women all around.

Either you can read on below to know more in detail about the life of this trailblazer or visit List25.com to find interesting facts about her life and her work.

Esther Afua Nkulenu was born in 1919 in a small town called Peki Dzake in the Volta Region of the South Dayi district of Ghana. She was born into a poor family, her father a blacksmith and her mother a potter.

Even though Ocloo spent her childhood in poverty, she was able to attend a Presbyterian elementary school through her merit and her family’s support. Later she won a scholarship to a boarding school sponsored by the chocolate giant, Cadbury. The scholarship was not unusual in those days as Cadbury bought most of their cocoa from Ghana.

Ocloo started showing her entrepreneurial side in High School. She bought sugar, oranges, and 12 jars with a few Ghanaian shillings given to her by her Aunt. Ocloo made marmalade with the sugar and oranges and started selling it for a profit. She was taunted by her peers and called an uneducated street vendor.

But, this did not discourage Ocloo from continuing her business. Moreover, her marmalade was good enough for her to win a contract to supply it to her former school and later on to the military. She took out her first bank loan at that time and established a successful business in her own name, ‘Nkulenu Industries’. It is still manufacturing and exporting jam today.

Knowledge From The West

Ocloo was not satisfied with the education she received in her home country. She knew there was more to learn, more to experience to broaden her horizons, and she couldn’t do it from where she was.

And, that thinking led her to travel to England where she won another scholarship and attended the Good Housekeeping Institute in London to learn all about food preservation. She was the first person of color to graduate from there in 1951.

Ocloo learned her trade and returned to her home country with a vision to make herself self-sufficient.

Throughout the 1960s, Ocloo’s marmalade business grew rapidly, and she became a powerhouse in Ghana’s food industry. Among her other accomplishments at that time, she also served as the President of the Federation of Ghana Industries and as the Executive Chairman of the National Food and Nutrition Board of her home country – she was the first woman to do so.

She was a pioneer with solutions to end the problems of poverty, hunger, and inequality of wealth in Ghana. She strived to bring changes in the economy by championing development based on agriculture. She knew mimicking the West’s solution will not entirely work for Ghana as the country had its own challenges, and therefore, needed to invent its own solutions.

In the 1970s, Ocloo began participating in the women’s liberation movement. By 1975, she was appointed as an advisor for the United Nations First World Conference on Women because of her work with women.

Her involvement with the United Nations also gave her a bigger and more global platform. This platform made it possible for her to become involved with micro-lending. Her goal was to provide low-income women with the financial means to reach their goal.

She joined forces with other women pioneers in this field, namely Michaela Walsh and Ela Bhatt, who founded the Women’s World Banking in 1979 with several other allies. Ocloo was first chairperson of Women’s World Banking. Since then, the not-for-profit organization has helped millions of women to set up their own businesses.

She devised programs and farms for women to learn cooking skills and agricultural cultivation. She encouraged independent vendors and was once quoted saying, “We found that a woman selling rice and stew on the side of the street is making more money than most women in office jobs – but they are not taken seriously”.

In 1990, Ocloo was the first woman to be awarded the Africa Prize for Leadership. She was quoted in 1999, “Our problem here in Ghana is that we have turned our backs on agriculture. Over the past 40 years, since the beginning of compulsory education, we have been mimicking the west.”

Ocloo took her last breath in 2002 after she succumbed to pneumonia. She spent an impactful life in promoting sustainability and agriculture and being a champion for women everywhere.

Her contribution to her country is immeasurable, as stated by the former Ghanaian president John Agyekum Kufuor in her state burial.

Ocloo came out of extreme hardship and economic restraint and proved that no matter how difficult a person’s life is, with sheer will and determination, one can overcome any adversity. Her humble beginnings and larger-than-life courage in tackling the greatest challenges of life made her a role model and an inspiration to all. 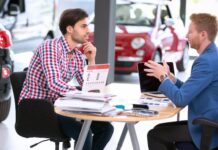 How To Be The Best Car Dealer By Getting Dealership Training 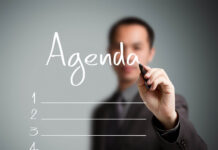