After missing a lot of time because of the injury, Zach Ryder has been cleared to return to the in-ring action. The Hype Bros are a quality tag team on the Smackdown Live brand so their return could boost this division and make it more legit. They have won the number one contender’s spot back in December, but Ryder going down prevented them from challenging for the titles on the blue brand.

We have seen Ryder show up in this weeks’ edition of Smackdown Live so we can expect Mojo Rawley and Zach in action as soon as next week. They were also guests on the Talking Smack show that goes after SD Live every Tuesday where they were asked a lot of questions about their plans for the future.

When Mojo Rawley was asked about whether or now it would be hard for him to adjust to the tag team matches now that he has found some success in the singles competition, he said that they were the number one contenders for a reason back in December and that they are going to finish what they started back before Ryder went down with the injury.

In reality, Mojo was really not going to go places as a singles competitor. The company did not want to push him hard after that win in the Andre The Giant Memorial battle royal at Wrestlemania 33. They have probably given that victory to him just because they wanted to get Rob Gronkowski in as he is a big time football player that the mainstream media is going to talk about and give the WWE publicity that they want. 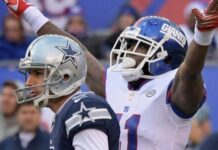 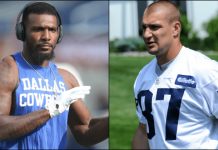 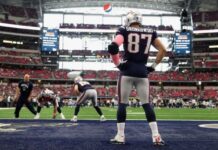