The introduction of 3G

When 4G was launched it was used across the countries and it worked very well even in remote areas whereas it seems not to be possible when it comes to 5G technology.

Currently, 5G is expected to be using antennas closely placed so that the expected speed can be offered. There is no doubt about the fact that 5G networks need few years to reach maturity where we can see them producing desired results. To make the 5G signals stronger the networks need few more years.

As far as now is concerned most of the networks are spending billions to upgrade their network but the results need to come as of now. Having said all that most of the cities in advanced countries are closely netted and they are not too many remote areas so 5G will have an immense impact on the value of 4G mobile Phones.

The 5G network is about to change the world we live in as the Augmented reality and Virtual Reality which were a subject of science fiction will become a reality and mobile phones with sensors to emit light so that virtual imagery can be developed would become a norm.

What do you need to do?

According to a mobile phone recycling company based in the UK, Rapid Phone Buyer, the value of all mobile phones equipped with a 4G modem are about to lose the majority of their resale value.

The upgrade of networks is taken as a big opportunity by all mobile phone manufacturers and networks to capture a new market segment and are making efforts to win the race of capturing g maximum customers.

Currently, the networks are advertising 5G to offer 10 times better speed than 4G which sounds very attractive for mobile phone users. Although there are very few mobile phones equipped with 5G modems which are necessary for a mobile phone to benefit from the speed and quality offered by 5 G networks.

The demand for older mobile phones will soon hit rock bottom in the Western countries but are expected to be used for few years to come in third world countries where 5G will take few years to get full coverage.

Unfortunately, even the most expensive iPhones available in the market in 2019 are not equipped with 5G modem whereas Samsung and Huawei have already launched quite a few models equipped with 5G modems and keeping this in mind, it can be anticipated that the biggest losers of 5G would be Apple as all Apple mobile phones will lose most of its value even the latest iPhone 11 will lose most of its value by the time the new iPhone will be launched in 2022.

So, it can be anticipated that if you have a mobile phone to sell, you should sell it now before the value drops the rock bottom within the next few months especially if you live in an advanced economy such as UK and US. 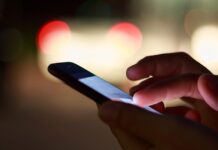 Top VPN services for iPhone in 2022