Opptrends 2022
Home Sport The Biggest Game Of The Year For Dallas?

The Dallas Cowboys’ season schedule has been released a long time ago. They are going to open the season on the National TV stage against the Giants during Sunday Night Football. The same two teams met in Week 1 last year in Dallas as the Giants ended up winning that game after Terrence Williams failed to get out of bounds. That was a big mistake on his part, but it didn’t cost the Cowboys too much as they won 11 straight games after that.

Even though this is a big game for this squad, it is not the most important duel of the year for Cowboys. Every divisional game is extremely important, but we are used to seeing those matches. They will play against the Giants twice, just like the Eagles and the Redskins, so it’s really tough to tell which of those battles is the most important one.

The Playoff loss for sure still hurts the Dallas Cowboys, the catch that Dez Bryant made or didn’t make is still in the minds of the Cowboys fans. This is becoming a big rivalry, and this game is going to tell us a lot about who has the upper hand between these two squads. 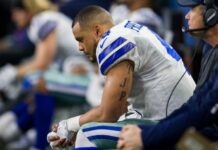 Well this happened – Cowboys showed us that they have no place in the playoffs! 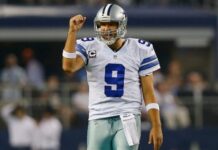 Cowboys Would be A Super Bowl Contender With Romo at QB 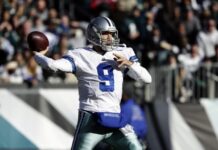