It has been discussed lately whether the new Season 10 of The Big Bang Theory should appear on the CBS sitcom’s list. This sitcom has higher ratings in comparison to many other shows. On the other side, the ratings of season 10 are lower than the ratings of the previous season premiere.

The Big Bang Theory premiere, which aired on Monday night, recorded a 23 percent decrease when it comes to people from 18 to 49 years. Season 8 had some huge cliffhangers such as Sheldon and Amy’s separation and Leonard and Penny’s row, so the Season 9 had a lot of material to work on and the fans were interested what was going to happen. Season 10 premiere didn’t have such huge cliffhangers.

Another reason is that simply, the audience has tired of the show.

However, in total viewers, there has been a drop comparing to Season 9 but only for 15%. However, it is still ranked better than some other season premieres of The Good Voice, Gotham, and The Voice. The number is still huge and as it turned out, 15.4 million viewers watched the first episode of Season 10.

It is not sure when the sitcom will end but most of the cast are willing to return if they continue to air the show. Although there is a slight drop, there are still many viewers who enjoy the show. However, this show is very expensive to film and thus, CBS and the production company need to make sure that they are profitable.

We still don’t know whether there will be a Season 11, but certainly, new contracts are going to be offered to the cast. Meanwhile, The Big Bang Theory airs on Mondays at 8 p.m. 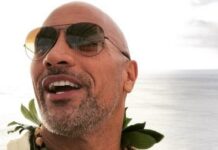 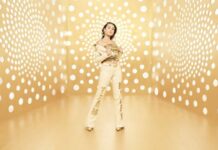