The 2018 Draft for the Cowboys – Five LB and where should they find them!

There is no doubt that Cowboys need reinforcements and some fresh blood, which is why we compiled this list that will find the candidates in the 2018 NFL Draft which just might help our favorite team get some much-needed refreshment. This list will show linebackers or at least five of them, that might be worth taking another look at.

This guy is simply great, especially with his size and build that is needed on the position where you have to have impeccable instincts to boot. Edmunds can quickly anticipate, as well as read and react without hesitation with a greatly developed instinct for screens which basically puts him atop the other LB’s in the class. He is also a great tackler with superb burst and initial quickness off the snap, but he also has a problem with aggressiveness where he can, from time to time, take a few ill-timed guesses. There is one thing that he needs to work on, and it’s his ball skills. Edmunds often tends to go for the big hit instead of the takeaway. 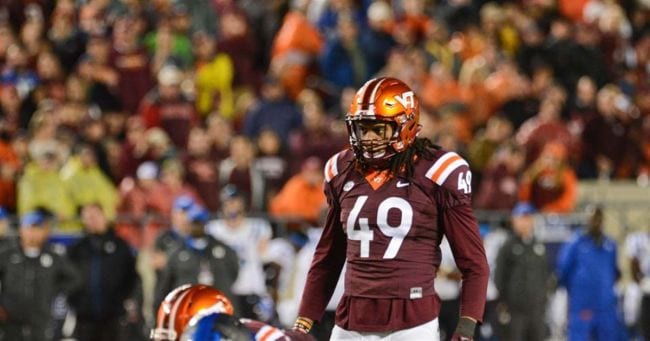 Place where the Cowboys can get him – First round for sure, but they just may have to trade up for this type of player.

This guy is quickly and very firmly making his way up the draft boards with his 141 tackles this past season, 8.5 tackles for loss, and four sacks. His productivity peaked at Boise State where he won the conference’s Defensive Player of the Year honors. According to his stats, he has all the instincts needed to excel as a middle linebacker, and even Brugler has compared him to 2018 Hall of Fame inductee Brian Urlacher. Vander Esch is a great allrounder with the size, strength, athleticism, and reliable tackling that warrants Top-50 consideration.

Place where the Cowboys can get him – He’s a second-round player, but he definitely should go higher than where the Dallas can select him. If he’s staring at them by pick 50, Cowboys will get a worthy guy.

Jewell is ranking third in the country with 125 tackles with an average of 11.4 tackles per game, and he is a very productive player with highest football IQ of all the linebackers in this class. His weakness (if we can call it like that) is the fact that he is a bit undersized, but he balances that by not playing with any limitations and hard working. Thanks to that and his incredible awareness and vision, Jewell was a three-year starter and captain. This guy knows how to make plays on the ball, and thanks to that he managed to defend 26 passes while snagging six interceptions. He is not an eye-popping athlete, but he’s a leader on and off the field, which can sometimes be more important. 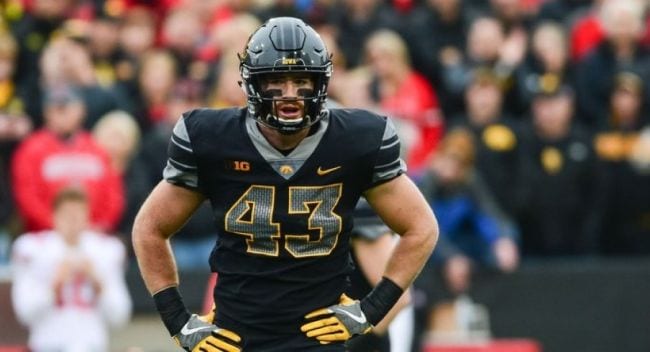 Place where the Cowboys can get him – Late second to middle of the third round.

Baker is a bit specific. This player showed off the charts athleticism for the position he plays, and thanks to that he is even more tantalizing for teams that actually need a player who is awesome at sideline-to-sideline speed. Baker is a pure and aggressive open-field tackler that is not strange to contacts, but this man is far from being the player with incredibly high football IQ’s. He is basically still a big work in progress, and he really needs to work on his anticipation and ease his reactions from time to time. This guy fits perfectly in today’s NFL which is all about mismatches and short passes to backs and tight ends. 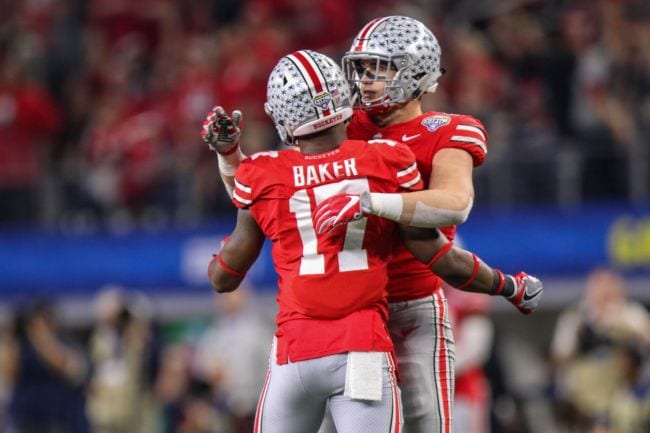 Place where the Cowboys can get him – Third round.

Warner is an incredible athlete and thanks to that fact he is able to cover all types of receivers. With his size and speed combined with swift and smooth direction changes, this guy is a must have especially when we add the fact that he plays linebacker but moves like a safety. Past three seasons Warner recovered five fumbles and recorded six interceptions, and he was also a team captain courtesy of his great instincts. Besides all of this, there is one thing that he has to work on, and it is his consistency as a tackler. 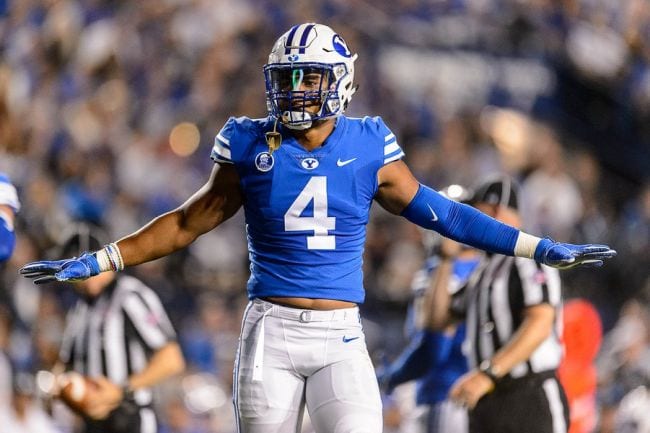 Place where the Cowboys can get him – He should be there when the Cowboys pick in the fourth round.

Miloš Kalajdžić
My name is Miloš Kalajdžić and I come from Brčko DC in Bosnia. I was born on July 20 th 1988 and so far I obtained a BSc in economics and one year of working experience in my field of study. I am a very hard-working person who leaves nothing unfinished and halfway done. When I commit to something I give my best to make sure that everything is done the way as it is supposed to be. I like cars and everything that comes with them. My passion are American muscle cars, but unfortunately the closest I managed to come near one is behind my laptop watching an image of the new Chevy or Dodge and writing about it. But that’s ok I’m still optimistic. When I’m not behind the laptop writing I’m on the streets and auto shows admiring all stuff rolling on four wheels being propelled by a petrol engine!

The truth about car theft is that about 50% of them would have been prevented if the vehicle owner had taken precautionary steps, such...
Read more

Most Unusual and Weird Mobile Apps You Must Have 2020

Without those valuable apps on our smartphones, tablets and hand-held devices, our lives would certainly be much more complicated and less organized - that's...
Read more

Working out is one of the best things you can do for yourself. You will look better, feel amazing and you will keep your...
Read more

7 Things You Need When Renovating Your House

Home renovating is always fun and exciting. And although it costs a heck of a lot of money, it gives our homes the much-needed...
Read more

6 Useful Hacks to Improve Your Sleeping

Most people live in a hectic environment that has been the product of the new age and the fast pace of today's civilization. Unfortunately,...
Read more

Sport3274Technology2443Business2301Entertainment2282Cars1846
Previous articleRonda Rousey Partnered With The Rock At Wrestlemania?
Next articleCable Takes Revenge on Deadpool in a Humorous Parody of Ryan Reynolds’ Painting
Sport

There is no other feeling quite like the feeling after a gym session, especially after an amazing session. That moment of finishing a tough workout can spark joy throughout the body. Knowing that you...

You can often hear people saying that football/soccer is the second most important thing in life. We would like to expend this "quote" and say that the same counts for all the sports that...