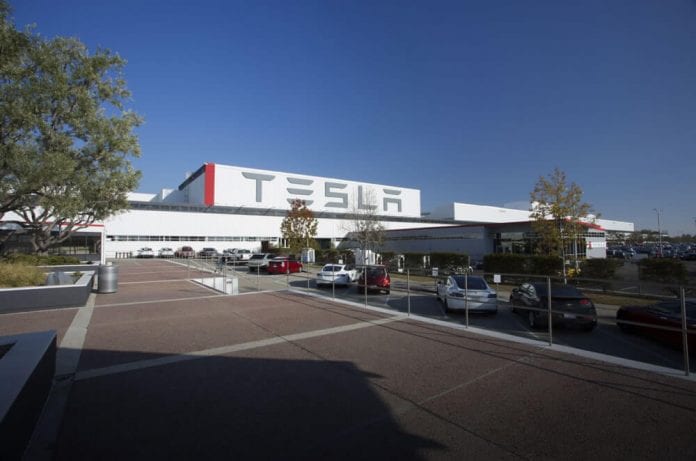 Google Glass has signed renowned car manufacturer Tesla Motors Inc (NASDAQ:TSLA) as one of its clients for its famed Google Glass Enterprise Edition which it plans to use at its Fremont factories to increase production.

APX Labs, one of Google’s Glass at Work partners announced the news that the electric car maker and Google had agreed a deal. Speculation has been rife that Tesla Motors wanted to engage APX Labs as a partner to enhance its productivity at the Fremont factory but it was only speculation until the confirmation today. The APX Labs website showed pictures of Tesla cars and a factory with a caption which suggested that APX Labs software was the secret to the future of the factory. The factory on the website closely resembles that of Tesla Fremont factory.

Due to the partnership, there are high chances that Tesla is going to unveil the Google Glass Enterprise Edition at its factory. The new Enterprise Edition units consist of a robust hinge, waterproof material and internal spec bumps as reported late last year on 9to5Google. APX Labs offers a wide variety of products which include head mounted devices from Vuzix, Recon, Epson and others.

APX Labs is a partner of Google as shown by one of the promotional videos that they participated in. In the video APX Labs was promoting an unreleased edition of the Google glass. In a previous video, Tesla employees were seen using an older version of the Google Glass Explorer Edition to demonstrate with devices from APX Labs for the software SkyLight. But this edition of the Google glass is getting old and dated, therefore Tesla wants the Google Glass Enterprise Edition. Sources close to Google have also noted that the company has stopped manufacturing the Explorer Edition.

Tesla Motors, primarily produces electric vehicles and reports indicate that from last year they produced approximately 50,000 vehicles and they have a target of 80,000 to 90,000 for this year. If all goes well Tesla Motors plans to hit 500,000 cars by the end of the decade. APX Labs shows that they have improved results and productivity at various big companies worldwide by 25 percent, as well as reducing errors by 30 percent and having 20 percent greater uptime.

The merger with Google Glass might also have implications on the Gigafactory in Nevada. Tesla mentioned that they planned to increase employees at the factory to 6,500 and be able to hit full productivity by 2020. Tesla recently hired a Lego executive, with a view to automate the factory. Google Glass and APX factor heavily in such plans.