Tesla Motors Inc (NASDAQ:TSLA) could easily speed up the production rate when needed and this makes it a tough competitor in the industry. Such statement was given on Tuesday by the automaker’s biggest bull, Stifel Nicolaus auto analyst James Albertine, who believes that the ability would help the company to retain its position for many coming years.

“My argument is that Tesla’s really carved a niche… and the competition is years away,” he said. “We think they can defend themselves for the better part of at least two or three years.”

Highest ever price target for Tesla

Tesla Motors Inc (NASDAQ:TSLA) received a price target of $400 per share by the Wall Street analyst on Tuesday after he completed a tour of the Tesla factory. The analyst informed to CNBC’s ‘Fast Money Halftime Report’ that this price target given to the automaker is the highest ever.

Albertine also noted that concerns over durability and profitability “do not matter” for the company. For more than a year’s time Tesla Motors Inc (NASDAQ:TSLA) stock had a ‘Hold’ rating allotted by him, who recently upgraded it to ‘Buy’.

Albertine noted that the price target does not factor in the uses for the batteries outside of cars, launch on Model III expected in 2017. Model III is expected to be the company’s mass market car, which the company plans to sell at $35,000. Analyst noted that the share price could move even higher if any of these plans generate success.

Apart from the analyst’s improved rating and the price target, the finalization of the deal with China Unicom, the second largest mobile phone provider, have helped the stock price to rise. A nationwide network of charging stations will be build by the two parties entering the deal.

Data released by FactSet indicates that Tesla has an average price target of $259.62, which is inclusive of $400 target given by Albertine. 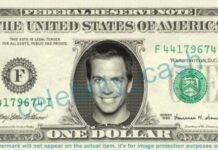