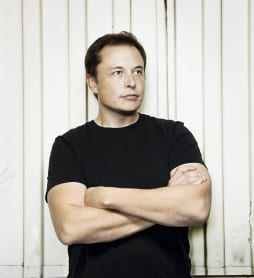 Tesla Motors Inc (NASDAQ:TSLA)’s CEO Elon Musk has said that his company is ready for an electric car developed by Apple Inc. (NASDAQ:AAPL). During an interview with the BBC, Musk said that it is now obvious that Apple is pursuing the project of an electric car, regardless of the fact that they (Apple) have not announced such a plan to the public.

According to Musk, if anything, such a development is welcome. He believes that that the nascent electric car industry stands to gain a lot from the entry of Apple. Interestingly, Musk believes that Tesla is actually the leader in the industry and even dares Apple to get into the industry fast.

But it is interesting to note the response of Apple to Musk’s sentiments. When pressed hard about the question of whether or not Apple was building a car, Tim Cook, the CEO, cleverly ducked the question. Similarly, Tom Neuymar, the Apple Spokesperson declined to comment on what Elon Musk had said about the company’s intentions to develop an electric car.

The response of Cook and his lieutenant, Neuymar, are not new at all. For long, Apple has maintained the reputation of being one of the most secretive companies. Its product developments are usually treated in a highly classified fashion. However it is indicative that in the recent past, the company has been registering domain names such as apple.auto that are clearly related to cars.

One of the things that may be motivating Apple to get into the electric car industry is the intensity of competition that is shaping up in the industry. Over the years, there has been a flurry of activities in the industry. Many companies have jumped into the waters with completely interesting product offerings. Nissan has introduced its interesting model dubbed the Nissan Leaf. Similarly, General Motors, the old automaker, has introduced its own model that is called Chevy Bolt.

But, the most fascinating offering so far has been a fancy prototype developed by a Chinese company called Faraday Future. The thing comes complete with a 1000-hp capacity and other fanciful features. It is interesting to note that many insiders in the industry believe that Faraday Future is merely working for Apple.

Regardless of these interesting offering, the reality on the ground remains that the only way of making progress in the industry is developing affordable cars. Musk himself noted that there is no way anyone is going to make it in the industry without developing cars that everyone can afford and likes.

This seems to be the direction that he is set to take Tesla in, regardless of his other escapades into space exploration.