Tesla Motors Inc (NASDAQ:TSLA) is expected to dwarf or hold back the normal growth of its competitors in the electric car industry through its planned gigafactory , according to recent report released by IDTechEx, an independent market research and consulting firm.

The market research firm predicted that global sales of hybrid and pure electric cars will increase three times to $178.9 billion over the next ten years. IDTechEx forecasted that the new models of hybrid cars in the United States will rise by 24%, in Europe 23% and East Asia 53%.

The report entitled “Hybrid and Pure Electric Cars 2014-2024: Technologies, Markets, Forecasts” indicated that the value of hybrid cars and pure electric vehicles in 2013were $43 billion and $2.3 billion respectively.

IDTechEx noted that the growth and success of pure electric vehicles are slow because it is heavily dependent on potential pollution laws, improvements in battery life and cost, range and resale price. It is also dependent on the availability of more models that are fully crash tested and suitable for major highways and the huge deployment of fast charging networks.

The market research firm said the proposed gigafactory of Tesla Motors Inc (NASDAQ:TSLA) will create stronger competition within the industry and it is expected to capture the market share of its competitors including Toyota Motors Corp (ADR) (NYSE:TM) and Hyundai Motor Co. (KRX:005380).

In its press release, IDTechEx said, electric car manufacturers “are now threatened by Tesla planning a mega factory to dwarf all of them put together.” The market research firm also stated that the cost of electronics in vehicles will become higher citing the reason that it will “replace hardware and give greater safety and performance.”

Tesla Motors Inc (NASDAQ:TSLA) estimated that its planned gigafactory will cost around $5 billion and it expected to name at least two sites for the project soon. Tesla Motors CEO Elon Musk previously stated that the electric car manufacturer plans to break ground on both sites to ensure the availability of the needed supply of lithium-ion battery packs.

Meanwhile, the stock price of Tesla Motors Inc (NASDAQ:TSLA) dropped more than 1% to $204.70 per share today. 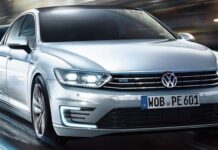 Top 10 Best Hybrids Out There!