Tesla Model 3 is the company’s first “mass market” vehicle and it is significant not just for the carmaker, but for the entire world. The reason why this model is so important is that it marks the entry of electric cars into the mainstream market.

The new Model 3 is much more than just a toned-down variant of the Model S premium electric sedan. The first vehicle was produced on July 7, and it could change the course of the company, by increasing its sales by 500%. The new car will cost $35,000, a price which will allow a lot of people all across the US and the world to purchase one of these.

Tesla did two things differently in the run-up to the launch of the Model 3. First of all, the EV carmaker ramps up service capacity at an unprecedented scale with the target of tripling the global capacity of the company. They are improving service time through automating paperwork, but they also cleverly uses the car’s wireless connections to detect and diagnose problems. Furthermore, we should mention an expanding mobile support, plus, about 100 new service centers that are added to the network. Tesla also wants to hire approximately 1,400 technicians, says Reuters. The carmaker has taken all the necessary steps which they didn’t have to take up until now with the sales being at the modest level.

Secondly, Tesla wants to capitalize on the demand for the Model 3 among its employees, and that is why the first few batches of the vehicles have been strategically released to employee reservation holders. In other words, they are preparing for the big market. They want to solve any issues before the Model 3 actually goes on sale. Also, the company had learned from the Model X’s 2015 release when the car suffered from software glitches, misaligned body panels, falcon wing doors issues and seat-belt problems. Tesla is not going to make the same mistake again with the Model 3.

The automaker said that the Model 3 was a “stripped-down Model S,” but it is so much more than that. It can go from 0 to 60 mph in just 5.6 seconds, according to the specs sheet published by the carmaker two months earlier. It is a good result for an all-electric car, and it accelerates faster than the BMW 3 Series and the Mercedes C-Class sedan. Furthermore, the company claims that the range of the new Tesla Model 3 is 215 miles per charge, but the buyers will be able to choose a larger battery pack which will increase this number.

The roof of the Model 3 is a sheet of UV protected glass that goes all the way from the front of the car to the beginning of its trunk. There is all the hardware necessary for the autopilot and high-speed supercharging, whereas the vehicle is equipped with signature touchscreen control panel that deals with everything from navigation to speed and consumption. An RWD configuration is standard, but there will be a possibility to opt for a 4WD in the future.

Tesla is the America’s most valued carmaker, and they need to justify the spot in which they are. They will do so by entering the mass car market. Also, the company managed to edge out General Motors Corp in market cap in April this year. However, it is important to mention that GM sold about 10 million cars in 2016 which brought them $9 billion thus dwarfing Tesla that only sold 75,000 and has had two profitable quarters ever since the company’s foundation.

The Model 3 is going to change that, and Tesla should be profitable once again. Nevertheless, according to The Wall Street Journal, in Hong Kong, the registrations of Tesla cars hit zero because the authorities slashed a tax break for electric vehicles in April this year. There is a possibility that automaker will face tax breaks in other markets in the world.

This will not stop Tesla from producing the Model 3, and their plan is to assemble 100 cars in August. This numbers will rise to 1,500 in September and eventually to 20,000 per month in December. The company CEO Elon Musk said that he has high hopes for this vehicle and it remains to be seen with the deliveries commencing at the end of July.

Will Tesla Model 3 be introduced in India?

On February 7, Elon Musk responded to a tweet: “Hoping for summer this year,” and on April 1 he said wrote: “Adding several more countries to Model 3 order page tonight. Check for details, but will include India, Brazil, SA, SK, NZ, Sing & Ireland.” However, on May 22 he posted this on Twitter: “Maybe I’m misinformed, but I was told that 30% of parts must be locally sourced and the supply doesn’t yet exist in India to support that.” The following day, he was asked: “[email protected] With respect to news reports on launch plans of Tesla in India being delayed, please note some key clarifications #MakeInIndia.” Musk said, “FDI policy of India does not mandate any such minimum sourcing of components by manufacturers.” 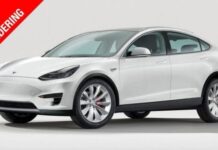 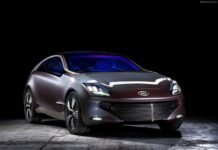 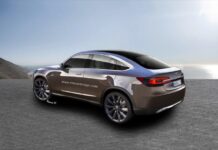 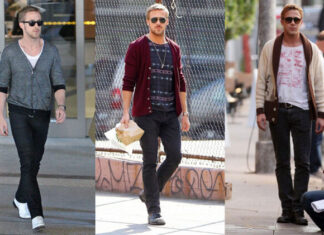 Richard Orland - October 19, 2021 0
Shopping is our backbone, but nowadays, young ladies have realized that you don't have to purchase new garments each season to appear slicker. The...

7 Reasons to Book your Wedding Photographer in Advance

6 Christmas Decorations You Can Actually Use Year-Round

8 Advantages and Disadvantages of Personality Tests for Employment