Tesla has been going through some difficult and surreal times recently. The company has moved from being a small crazy startup in Silicon Valley to one of the best automakers in America that can deliver about 100,000 vehicles in one year. America has not seen a better rise to power from an automaker other than that of Chrysler which has to be traced back to the 1920s.

However, even with all this progress, Tesla is still enduring some serious growth issues and its reassessment by Wall Street companies. The company is also headed by a CEO, Elon Musk, who might be too busy with conquering Mars in the near future.

It is at times like this that it becomes easy to lose the core sight of the company. Other Silicon Valley companies such as Apple still have their own problems but they are still successful in capturing the user base. Amazon is known for selling everything, and if you want books it’s the first place you look. Google os working on multiple projects at the moment including a driverless car and a vast array of smart gadgets, but they know that they are still the best when it comes to searches online. Therefore the same has to apply for Tesla. The company might be looking at buying the SolarCity firm, but at the base of it all it makes exceptional autonomous cars.

The Tesla Model S is sublime and is said to have the first clean design. The Tesla Model X SUV had a slightly difficult period but Musk said that the car was worth all the hubris that had gone into it. The eagerly awaited Tesla Model 3 is expected to arrive in 2017 and it is surely to follow in its predecessors steps and is set to be a guaranteed stunner.

Elon Musk has always wanted to do more than just prove that there was a larger market for electric cars. Some electric cars which wanted to deliver some cheap cars have all failed before Tesla’s coming and the global and powerhouses in car making have managed to create a market that accounts to 1 percent of the entire car market. Rather, Musk wanted to redefine a car and what it should do. This has come at a high cost though buyers do get value for money.

Thus, the Tesla Model 3 which will be sold in masses thanks to its low price compared to its other friends will be able to bring Musk’s idea to everyone. The company is not showing any signs of compromising their quality either. Musk has been making use of the vertical integration method. One way of making sure that the bulk of the work is done in-house. Most of the companies have moved from such an approach, therefore nudging whether it will work or not will take some time.

However, whether in good or bad times, Tesla will not necessarily build a bad car. 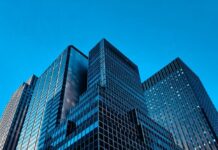