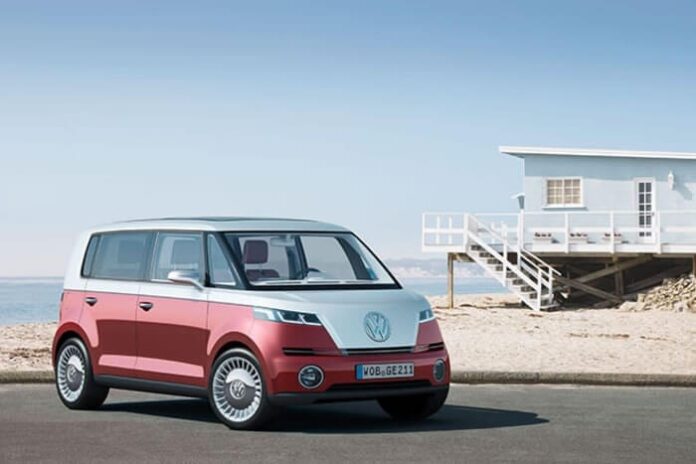 Tesla is beating VW Microbus-wise. VW has for the past decade, or so, promised to launch a modern Microbus. But, Tesla is not just yapping about the Microbus, they are launching it soon. It is time Volkswagen realised the competition is real.

Tesla did not make an official announcement regarding the Microbus, but, CEO, Elon Musk tweeted something to hint it. A microbus is an all-time favourite of both the rich and the middle class. Tesla is not producing any Microbus; they plan to launch an electric Microbus.

Elon Musk’s tweet read “It is inspired by the California Custom VW design”. “It” in this case refers to the bus. Last week Musk laid out the Master Plan for Tesla. In the grand master plan, the company intends to launch a vehicle for “high passenger density urban transport”. Those of us lucky enough to have the ability to read in between the lines can interpret that term in two words, “a bus”.

The fact that Tesla plans to design an electric bus is no worry to Volkswagen. It makes sense that Tesla has such plans, considering their advancements in EV technology. What should worry VW is the fact that Musk said the California Custom VW design inspired the design of the soon to come, Tesla, electric bus.

The Volkswagen California Type II Microbus is/was a masterpiece. If that is what inspired Musk, then Volkswagen has a problem. A modern Microbus is what people waited for so long and now it appears Tesla will be the answer, not Volkswagen.

Volkswagen, by now, ought to have taken the hint that customers are interested in the Type II Microbus. Any vehicle produced that resembles the Microbus, since 2001, acquires curiosity and goodwill in customers. They recently produced the Electric Budd-E, which is not as close to the Type II Microbus but still generated interest. People are looking forward to a no-Dieselgate VW.

The original VW Microbuses’ prices are at an all-time high. The electric concepts with the same design like the Excellent Zelectric models attract the attention of many.

All that means that many rich folks are willing to pay a hefty price for an eco-friendly version of the Type II Microbus seasoned with the wonders of modern technology. Given Tesla’s history and the tweet from the CEO, they will beat VW to producing such a vehicle.

Some Tesla concepts resemble the Microbus in one way or another. For instance, the Model X look like a van more than a private car. Tesla’s task is only to find the right size for a microbus so that it accommodates high passenger density urban transport and balance the design so that it matches private car purposes. Tesla could also try to make variants that match the needs of campers or even produce multi-purpose commercial microbuses and high-end luxury microbuses.

Will Volkswagen wake up from their slumber as far as the Microbuses are concerned, or will they watch Tesla beat them to the chase?