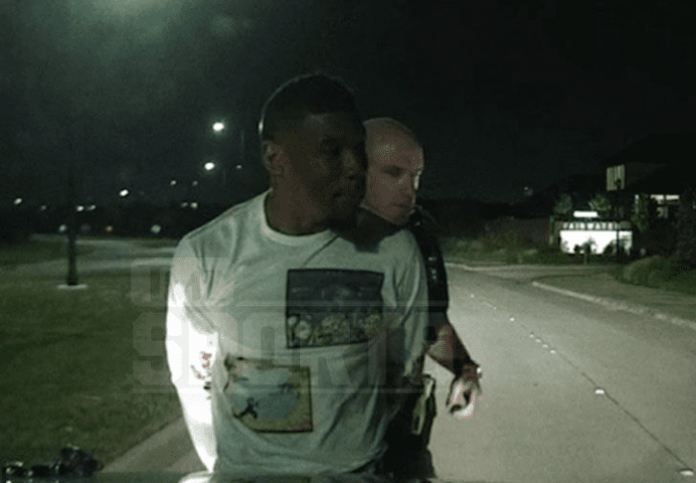 According to USA Today, it wasn’t Dallas Cowboys wide receiver Terrance Williams who drove his Lamborghini on the night he was arrested. The accident happened on may 19th when a blue Lamborghini hit a light pole, and Williams was jailed due to intoxication.

Talking to Frisco police, Cowboys WR said that it wasn’t him behind the steering wheel of his Lambo, but that it was Kendall Wright, who is contracted to Minnesota Vikings. According to his statement at the time of the accident, he was at his home and that he was informed about the fact that his car was demolished via phone.

The two men played together at Baylor.

Blue Lamborghini was found abandoned near Dallas Cowboys training facility. According to Terrance Williams’s attorney, Chip Lewis, his client was arrested due to public intoxication, and not because of DUI charges. Williams also said that he called a tow truck to go to the scene while he went there with an electric scooter. But, Terrance’s statement on the night contradicts this: “The driver in front of me slammed on his brakes, and I turned to the left and hopped the curb to avoid hitting him. I got his insurance information, and my neighbor picked me up when my car wouldn’t drive.”

Also, his attorney said to Dallas Morning News that Wright was not in the car on the night: “All I have is what Terrance remembers. All of that is news to me. Anytime you hit a curve going about 60 mph, and he struck his head, I don’t know, but we’re going to find out. I have to do the work necessary when you have an injury like this when you hit your head if there is any head trauma as far as a gap in memory.”

Now it remains to be seen what the real story is, but Williams will be happy to hear that Jerry Jones has his back. Talking to USA Today America’s Team owner said: “I know Terrance. He’s solid. Real solid. I’m hopeful. I don’t know the details. I read his public statement about it and take it at face value.”