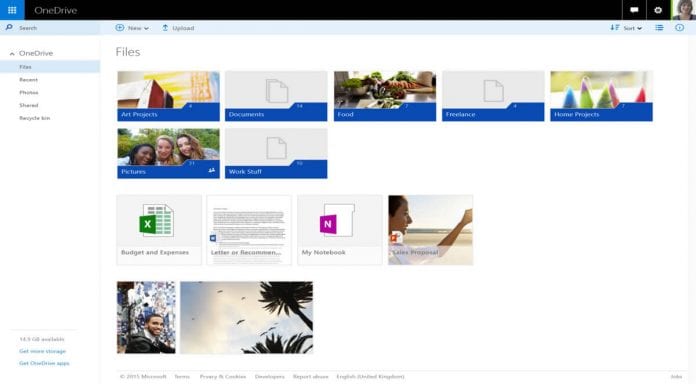 A simple technical hitch led to users of Microsoft’s OneDrive to experience limitations in the amount of data that they are able to store in the cloud. Last week, many users reported that whenever they attempted to store additional files to their clouds, they discovered that the files could not be stored properly. This was experienced by users whose storage had exceeded the 1 terabyte mark. Such users reported that they were unable to store additional files.

But in a quick rejoinder, Microsoft issued a statement explaining that the error had been caused by a technical hitch. The company said that it was committed to giving its clients the best services that they deserved and that it was working towards resolving the issue. It also said that all the data stored in the cloud under different storage plans was secure and that users did not have to be worried about what would happen to their data when they decide to shift from one storage plan to another, as it has happened before.

In the recent past, the company has been embroiled in an interesting tussle with its customers. At first, it had promised to give cloud computing services to its users free of charge. This meant that the company would let individuals who use Office 365 to store as much data as they would wish to store in the cloud without a question.

This was good use to individuals who handle particularly large amounts of data. For such individuals, getting the most appropriate storage facilities is the biggest headache. But when Microsoft announced that it would let people store an unlimited amount of data on OneDrive, it made OneDrive an instant hit among many users.

Interestingly, the company decided to change the plan. Towards the end of last year, its officials announced that the company was not going to give free storage facilities for consumers and businesses. Instead, the company said that it would limit the storage space for its customers to 1terabyte per customer.

This means that every customer would only be able to store 1TB of data on OneDrive. However, the company said that it was not going to implement the changes immediately. It decided to give its customers about one year to help them slowly migrate to the new storage plan.

Hence, the occurrence of the hitch caused a stir among users who believed that Microsoft had yet again reneged on its promise of giving them a year to move to the new plan. However, the company assured its customers that the deadline for moving to the new plan was not yet due.

6 Advantages of using a Virtual Phone System for Small Businesses

10 Reasons Why You Need A Dash Cam In Your Vehicle