T-Mobile US Inc (NYSE:TMUS) said the lawsuit filed by the Federal Trade Commission (FTC) on allegations that it profited hundreds of millions of dollars by including bogus charges on the mobile phone bills for supposed Premium SMS subscriptions, which were never authorized by consumers.

In response, John Legere, CEO of T-Mobile US Inc (NYSE:TMUS) said the complaint of the FTC was “unfounded and without merit.”

He explained that the company stopped billing for those Premium SMS service last year, and implemented a proactive program to “provide full refunds for every customer who feels they are charged for something they did not want. “

In addition, Legere said, the management of T-Mobile US Inc (NYSE:TMUS) is disappointed with FTC for filing the lawsuit. The wireless carrier emphasized that it is the “most pro-consumer,” and it is” fighting harder” than any other company to change how the industry operates.

T-Mobile is doing what is right for consumers

Legere further stated, “As the Un-carrier, we believe that customers should only pay for what they want and what they sign up for. We exited this business late last year, and announced an aggressive program to take care of customers…This is about doing what is right for consumers and we put in place procedures to protect our customers from unauthorized charges.”

Moreover, Legere said some third party providers did not act responsibly. According to him,  T-Mobile US Inc (NYSE:TMUS) is not the only one facing such issue, but the entire wireless industry.

He pointed out, “We believe those providers should be held accountable, and the FTC’s lawsuit seeking to hold T-Mobile responsible for their acts is not only factually and legally unfounded, but also misdirected.”

T-Mobile US Inc (NYSE:TMUS) has been accused by the FTC of receiving around 30% to 40% of the total amount of $9.99 per month billed to consumers for content subscriptions such as celebrity gossip or horoscope information and others.

The agency said such services are offered by scammers, and even if T-Mobile US Inc (NYSE:TMUS) was already aware that the charges were scams, it continued to bill its customers for those services.

In a statement, FTC Chairperson Edith Ramirez emphasized, “It’s wrong for a company like T-Mobile to profit from scams against its customers when there were clear warning signs the charges it was imposing were fraudulent. The FTC’s goal is to ensure that T-Mobile repays all its customers for these crammed charges.” 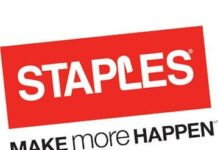 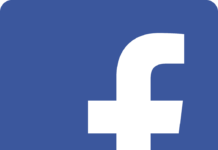