This mobile game, as its name itself suggests, is based on the 2009’s Japanese light novel series “Sword Art Online” written by Reki Kawahara. The game is free and, even though it’s formulaic, it has been reported to work well. It follows the story of Sword Art Online anime adaptation, and it is designed as a multiplayer game.

In “Sword Art Online: Memory Defrag” players are supposed to collect as many crystals or chi points as possible if they want to have their favorite Naruto or Transformers on their character lineup. These, or any other characters a player chooses, need to earn certain items in battles and that way they become stronger for the challenges ahead. Each and every one of the wide range of characters has his own unique skills and abilities which help him fight the enemies they all encounter. The main character of the series is known as Kirito, have in mind that this is slightly different in the game, as we meet not one, but a great number of Kiritos.

When they want to recruit a character in the game, the players have to use a currency which can be either gathered through various in-game adventures or purchased. In order to recruit one single character, a player needs 25 memory diamonds, while some upgradable weapons require 15. The good thing is that you do not need to spend any money because you get five memory diamonds after each successfully completed story mission.

“Sword Art Online: Memory Defrag” is an action role-playing game which requires the players to use finger taps together with swipes if they want to be successful and use appropriately the characters special abilities so as to fight and defeat the enemies. Also, it is important to note that although a player does form a three-member party, he cannot control all of them simultaneously, but only one at a time.

If you haven’t played the game yet and you now find it interesting, do not forget that all you need to do is find it in the App Store or Google Play and download it for free. 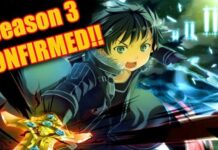 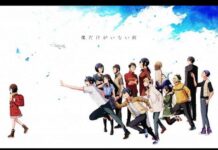 Boku Dake Ga Inai Machi To Be Released for Season 2 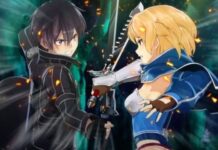