The stock markets in the United States rallied over the decision of former National Council of Economic Director, Lawrence Summers to withdraw his candidacy to become the next head of the Federal Reserve to succeed outgoing chairman Ben Bernanke. Summers was the top choice of the White House for the position.

“I have reluctantly concluded that any possible confirmation process for me would be acrimonious and would not serve the interests of the Federal Reserve, the administration or ultimately, the interests of the nation’s ongoing economic recovery,” wrote Summers in his letter to President Barack Obama.

According to President Barack Obama, his administration accepted Summer’s withdrawal from consideration to the highest economic policy-making job. In a statement, the President said Summers was a critical member of his team amid the worst economic crisis since the Great Depression, and his “expertise, wisdom and leadership that we wrestled the economy back to growth and made the kind of progress we are seeing today.”

President Obama also stated, “I will always be grateful to Larry for his tireless work and service on behalf of his country, and I look forward to continuing to seek his guidance and counsel in the future.”

Summers exit, opened the doors to  the current vice chairman of the Federal Reserve Janet Yellen who is considered as one of the top contenders to replace Bernanke. Yellen will become the first woman to serve as chairman of the Federal Reserve, if she will be nominated and confirmed for the position. Economists believe that Yellen will maintain the  existing  low interest rates to support the recovery of the economy.

Meanwhile, Pres. Obama delivered a speech related to the fifth anniversary of the 2008 economic crisis today. The President highlighted the achievements of his administration in turning around the economy such as saving the auto industry, fixing the broken healthcare system and tax code, implementing new rules on big banks, and investments in new American technologies among others. He emphasized that businesses in the country created 7.5 million jobs over the past 3 1/2 years.

The President also pointed out, “We need to grow faster. We need more good-paying jobs. We need more broad-based prosperity. We need more ladders of opportunity for people who are currently poor, but want to get into the middle class.”

According to President Obama, the Congress should focus on how to grow the economy faster as they start their debate on the budget. He emphasized Republican lawmakers seemed not focus on growing the economy and building the middle class because their ideas primarily centers on cutting budgets for spending cuts America’s education, infrastructure, research and development.

President Obama stressed, “Up until now, Republicans have argued that these cuts are necessary in the name of fiscal responsibility, but our deficits are now falling at the fastest rate since the end of World War II.” He urged Republicans to stop the sequestration or across-the-board spending cuts to create more jobs and accelerate the growth of the economy.

“Congress’ most fundamental job is passing a budget. And Congress needs to get it done without triggering another crisis, without shutting down our government, or worse, threatening not to pay this country’s bill,” emphasized by the President. 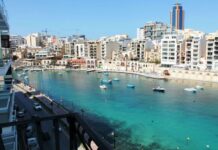 Will Malta’s Real Estate Sector Continue to be a Good Investment in 2021 and Beyond? 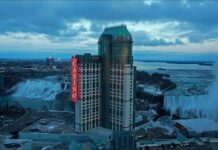 How Land Based Casinos in Canada Influence Country’s Economy 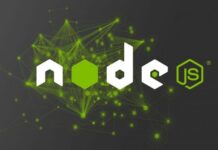