Opptrends 2021
Home Cars Subaru is preparing an all new WRX but it will be here...

Subaru‘s latest Impreza five-door is really a great car, and there is no doubt about it, but the sad news is that all that goodness won’t be transferred to the WRX or the STI versions at least for two or three more years, meaning until 2020 according to reports.

But for us who are impatient and do not want to wait that long for a change, a piece of info emerged thanks to Australian website Motoring who released some yet-to-be-announced details (obtained from a Senior Engineer within the company) about the upcoming sports sedan. That info states “The WRX will have a facelift soon, not a full model cycle, because the new model just launched in 2015″, and continues to “The full model cycle will be about four or five years, and that’s when you’ll see a full model.” Neat ha?!

When this new Subaru WRX arrives, we presume it is most likely going to be graced with a form of a high-performance hybrid powertrain which will make Impreza fans even more excited about it. We already know that Subaru is working full steam to develop the announced motor-drive rear axle and a new-generation all-wheel-drive system which are just some of the main features WRX will host. But unfortunately development takes time, and that is probably the main reason for pushing back on the new model from 2018 to 2020.

The good news is that the refreshed WRX is just behind a corner, and that should be enough to keep us occupied until the new one sees the light of day. This updated model will most likely debut in late 2017 as a 2018 model year and will share more than plenty of visual features with the current Impreza, but one thing will make it stand out, and it is the likely increase in power over the current 268 HP and 305 HP.

But for now, anyone who is looking to get the upscale version of the new Subaru Global Platform (SGP) will have to “settle” for the range-topping Limited model Impreza, which will ease your piggy bank for $24,095. But don’t think that you won’t get anything in return. It will willingly offer you a 2.0 L 4 cylinder engine that has 152 horsepower and returns 30 mpg combined, and another FYI, both the Impreza five-door and sedan are currently on sale! 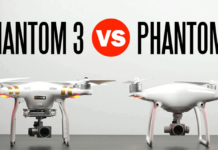