Time after time, creative stylists and inventive hairdressers have shown the inspiring potential of hair. We’ve seen from captivating optical illusions to looks inspired by some mythical creatures, such as unicorns and mermaids. The examples of this expanding phenomenon are infinite. One person who has enabled transforming this trend into art is Ursula Goff. She is an imaginative colorist who has specialized in creative hair art.

Her creations are mastered by color. She favors a Technicolor color palette and enjoys distinctive hairstyles ranging from geometric patterns to rainbow abstractions. To these already majestic works of art, she adds a twist in the form of dyes that glow in the dark and hologram-inspired hues, which she started using long before she became famous on Instagram. She proudly said in one of her posts: “I’ve been using UV sensitive color for almost 20 years, y’all!”

Apart from her unique dye jobs, Ursula also makes styles inspired by lush works of art. These one-of-a-kind reinterpretations of art history include some epic pieces such as Andy Warhol’s Marilyn Monroe Pop Art, Edvard Munch’s The Scream and Vincent van Gogh’s The Starry Night. In addition to her tonal experiments, her other symbolic works of hair art show the wonderful value of cutting, coloring and coiffing. 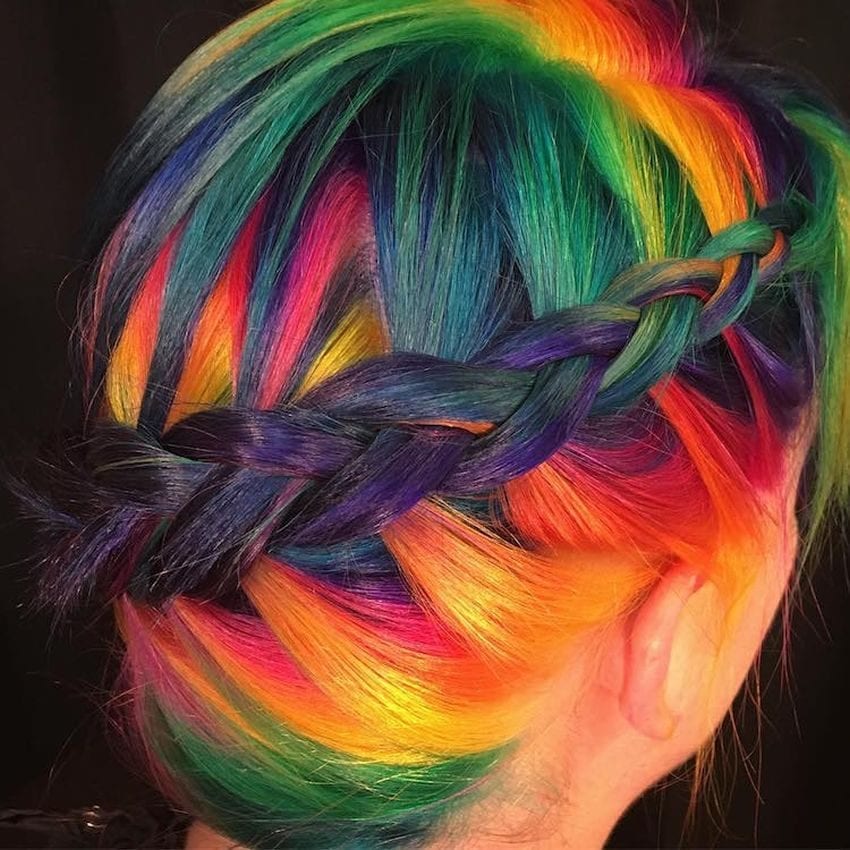