One of the most popular characters in the world of wrestling over the past two years has been The Broken Matt Hardy. Brother Nero was also great in that role, but Broken Matt was the main man out of those two. Everybody loved the character that he created as it was something unique and something that the fans don’t get the chance to see very often. Matt was over with the fans as soon as he debuted his new gimmick.

The wrestlers themselves also loved what Matt was doing in TNA and on the Indy scene. One of the former superstars that also loves this character happens to be probably the greatest of all time, Stone Cold Steve Austin. If someone knows something about adjusting his character and becoming popular with the fans quickly, it is Stone Cold. He didn’t enjoy a lot of success at the beginning of his career, but he made some adjustments and showed everybody what Stone Cold Steve Austin was all about. Now, Matt Hardy has been showing everybody what his broken character is all about, and Austin appreciates that. Here is what he had to say.

“Before they came back, Matt Hardy came up with this off-the-charts character, totally against anything they’ve done. Here’s a kid from North Carolina, he’s got, what is it, a British accent? And it’s all about ‘delete’, and what’s the name of the little thing that they’re flying around? Vanguard 1! Goddamn, what a good idea! And whether it was their or not, the fact that Matt Hardy pulled off this character, and, then, also, with Jeff Hardy’s participation in the angle, they’re both outstanding in this!”

Steve Austin also said that he wanted to talk to Hardy himself and congratulate him on the character that he created. That’s how much he loved what he saw from The Broken Matt Hardy. 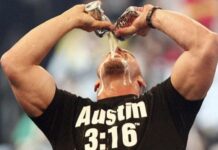 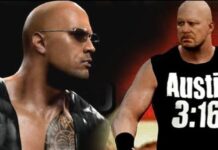 The Rock vs. Stone Cold and 6 other most interesting rivalries at WWE’s WrestleMania!