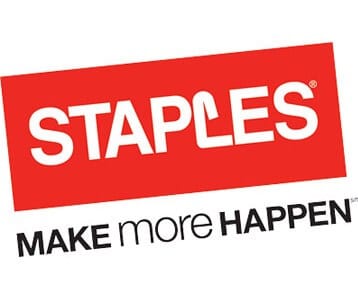 The shares of Staples, Inc. (NASDAQ:SPLS) and Office Depot (NASDAQ:ODP) fell significantly on Monday. The decline was primarily caused by the administrative complaint of the Federal Trade Commission (FTC) in connection with the proposed merger of both companies.

According to the FTC, the proposed merger between Staples and Office Depot violates antitrust laws because it will reduce competition in the consumable office supplies market particularly to large business customers.

FTC Chairperson Edith Ramirez said, “The Commission has reason to believe that the proposed merger between Staples and Office Depot is likely to eliminate beneficial competition that large companies rely on to reduce the costs of office supplies.”

Ramirez added that the FTC complaint alleges that both companies are often the top two bidders for large business customers.

The Commission also argued that both Staples and Office Depot can offer low prices, nationwide distribution, services and features required by large business customers in competing for contracts.

The FTC believed that eliminating the competition between Staples and Office Depot would lead to higher prices and lower quality of products and services. The Commission authorized its staff to seek a temporary restraining order and a preliminary injunction from the federal court to prevent the companies from consummating the merger, and maintain the status quo pending the administrative proceeding.

Staples and Office Depot issued a statement indicating its intention to fight the administrative complaint.

The companies said the Commission’s decision was “based on a flawed analysis and misunderstanding of the intense competitive landscape” in which both compete.

Staples Chairman and CEO Ron Sargent emphasized that the proposed merger created an unparalleled opportunity to better serve customers. He said, the combined company would generate significant savings, and we’re committed to investing savings in lower prices for all customers. We’ll also use the savings to continue to invest in our people, technology and customer service.”

On the other hand, Office Depot Chairman and CEO Roland Smith said the proposed merger was based on creating an organization that can compete in a vibrant company with strong regional players and powerful new national entrants.  He added that they intend to pursue legal options to complete the deal.