Softbank Corp., parent company for Sprint Nextel Corporation (NYSE:S) is just few steps away from acquiring rival T-Mobile US Inc (NYSE:TMUS) in a deal that is expected to be worth more than $19 billion. A few weeks back, a report from the Wall Street Journal noted that Sprint was keen to acquire T-Mobile, and on Tuesday Japan’s Nikkei news service spilled the beans telling that the Softbank has entered the final stages of talks with Deutsche Telekom.

Softbank is looking forward to acquire T-Mobile to stand to the level of rivals Verizon and AT&T; the two top carriers in the United States. According to Nikkei, Softbank is open to conclude the deal through various modes like paying with shares of Sprint or borrowing from banks. However, Deutsche bank wants to deal in cash.

SoftBank paid $21.6 billion for acquiring 78% of Sprint Nextel Corporation (NYSE:S) this year, and paying $19 billion for acquiring T-Mobile would almost level the amount paid for Sprint. If the deal is concluded, the combined customer base of Sprint and T-Mobile would be around 100 million, which is close to the customer base of AT&T and Verizon Wireless each of which has more than 100 million.

Masayohi Son, founder and chief executive of SoftBank’s is looking forward to conclude this big deal and make SoftBank the Number 2 wireless carrier in the world by revenue, behind China Mobile.

The main hurdle in the deal is regulatory bodies like the Justice Department and the Federal Communications. Two years back, AT&T was denied acquiring T-Mobile, but Sprint Nextel Corporation (NYSE:S) is a smaller company than AT&T, which may prove beneficial and the deal could be allowed.

In the previous case, when AT&T was keen to acquire T-Mobile, the regulators stopped the deal citing the reasons that they do not want to reduce the number of big U.S. providers from four to three.

A banking source in Tokyo told Reuters, “More than the financial and funding aspects, there are likely concerns in the United States about how much Son, head of a foreign company, can really open up mobile infrastructure there, and whether the deal would obstruct healthy competition.” 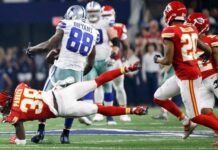 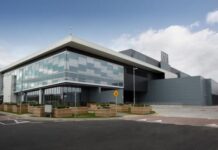 With Microsoft’s new datacenters, users’ data will be kept safe from US reach 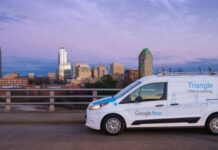