There will be many novelties at the Paris Motor Show later this year. Honda will present new, European version of Civic hatchback. The concept car was displayed in Geneva early this year, and the company said that this will be the sportiest version of the car.

Buyers from the USA will also have the chance to enjoy the Civic hatchback next to sedan and coupe types. The car is produced in the facility located in Swindon, England. Honda hopes to upgrade this factory into the global production hub for the next-generation cars and thus a lot of money is invested here.

Let’s get back to the model in question here and what changes it will bring. The 10th-generation is longer, wider and lower than the previous Civic and it has more space in the cabin.

The European version will have a 1.0-liter turbocharged engine with three cylinders. A smaller unit like this is needed so that it can be competitive to Ford Focus, Opel Astra, and Volkswagen Golf that also have a similar engine in the lineup. However, two other power plants that will be found under the hood will be 1.5- liter turbo four and the prevailing 1.6-liter diesel. The most powerful unit should be the 1.5-liter gasoline engine with 174 and 180 hp.

The new Civic will hit the US market this month while the Europeans will have to wait for the start of the next year. The predictions are that the US sales will account for about 40% of the 120,000 produced cars per year, whereas the UK will be responsible for the 20%. The remaining cars will be sold in the continental Europe.

According to the JATO Dynamics that did research on the market, the Civic hatchback reached 24,694 sales, making it Honda’s top-selling model in Europe. Also, a second successful, and maybe even more important model was CR-V with 24,398 sales.

In Paris, Honda will also present a Civic sedan produced in Turkey, which will be sold in Europe. 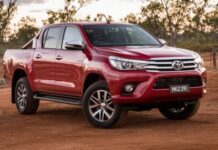 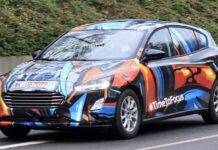