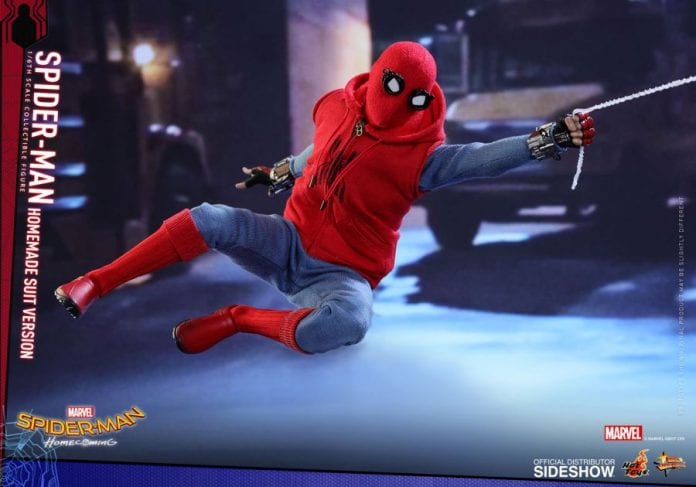 Spider-Man: Homecoming will be premiered on July 6 in theaters, and we cannot wait to see this film. However, if you are that impatient and Spider-Man is your favorite hero ever, you can see four minutes from the movie’s opening below. This is actually an official footage deliberately released online to get the fans pumped up before the premiere, but if you don’t want spoilers, skip it.

We warn you that there are spoilers in the text starting now and if you haven’t watched this video do not continue reading.

We lied to you – this isn’t precisely the movie opening, and Jon Watts opens the Spider-Man: Homecoming with the sequence dedicated to Adrian Toomes (Michael Keaton). Adrian is blue-collar who tries to clean up Manhattan after the Battle of New York (you could have watched that in the original Avengers movie), but Tony Stark stops him which leads to the Vulture suit creation. And now, let’s get to the video.

There is not much new here, and most of it has been shown in Spider-Man: Homecoming TV trailers. Spider-Man’s airport battle from Captain America: Civil War is seen in the footage, and that is awesome, but we can also see a new upgraded suit Peter Parker receives. Furthermore, there is a lot of Happy Hogan, plus an entertaining conversation between Tony and Peter that ends with a weird almost a hug something.

Most of the stuff you could have pieced together, and the focus is on Peter’s success in Berlin when he helped Tony Stark stall Steve Rogers at the time of Civil War. We also added a battle for you here, just to refresh your memory.

Spider-Man: Homecoming builds on the character from the Civil War, but at the same time it is Spider-Man’s first full adventure in MCU. Once again, the movie premiere is scheduled for July 6.

15 Spider-Man Stories That Are Canceled

Avengers 4 – Is A Key Iron Man Character Brought Back?