Space Jam will be back in theaters during November of this year. All of us that are nostalgic for this movie will have another opportunity to enjoy its theatrical release. It’s hard to believe but 20 years has passed since Michael Jordan was called to the rescue of Looney Toon. Bugs Bunny and his loyal crew were in danger of being enslaved by aliens and were in need of former basketball superstar assistance.

The sad part is that movie will be in theaters only for a limited period of time. The exact number of days that this film will be on screens is – two. Not much, but we are happy anyway. There are also two reasons for return of this movie. First one is a recent accomplishment of a re-release of Brad Bird Pic, so Fathom Events decided to do the same with Space Jam. Other reason, which we find to be even more important, is the 20th anniversary of Space Jam.

Sources are saying that the movie will be in theaters on Sunday, November 13th, and Wednesday, November 16th. If this is not reason enough to make you happy, we will inform you that sequel is on its way. The main protagonist of the second installment of Space Jam wouldn’t be Michael Jordan but the current King of the NBA LeBron James.

If there are people that are unfamiliar with the story of Space Jam here’s a quick reminder. It revolves around Looney Toon’s characters led by Bugs Bunny. They are being invaded by aliens from Moron Mountain who want them to perform their show only for them on their planet. Looney Tunes refuse and the matter of them staying on earth or going to act on Moron Mountain is settled to be decided in a basketball match. This was arranged without Bugs Bunny and his gang knowing that aliens are able to take the basketball talent from NBA players. 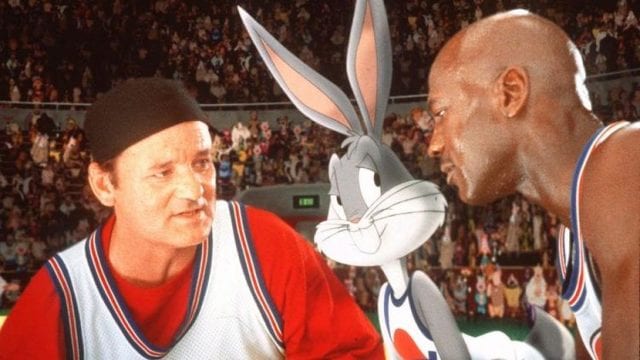 The only straw of salvation for Looney Tunes came in the form of Michael Jordan who was at the moment retired from basketball, so aliens didn’t take the talent from the best player of all time. He joined Loony Tunes, and the rest is history.

This film which is considered one of the most loved family movies of all time left a mark on general pop-culture. Song ‘I believe I can Fly’ by R. Kelly became a global hit after featuring in this movie.

I don’t’ know about you, but watching M.J., dunking one more time in theaters is a real treat for me. 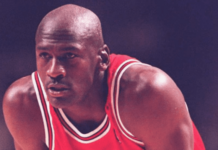