Sony Corp (ADR)(NYSE:SNE) has not been able to stand the tough competition from Apple Inc. (NASDAQ:AAPL) and Samsung Electronics Co. Ltd. for more than a decade, but now it is attempting to stand up against one more tech industry giant by bringing PlayStation4 to the market. Sony plans to design the gaming console in a manner that it will act as a powerhouse of entertainment for its buyers. The company, also, has plans of developing a virtual-reality headset for the gaming market.

At the Electronic Entertainment Expo on Monday, the Project Morpheus headset will be shown by the company, and the fact that the video-gaming consoles market is led by Sony will definitely give a boost to this project. The arch rival is the virtual reality goggle pioneer Oculus VR Inc., acquired by Facebook Inc (NASDAQ:FB) recently.

“While virtual-reality goggles have been demonstrated for decades, it’s only now that screen technology has got cheap and light enough for mass-market opportunities. Sony getting into the mix helps,” said Oculus CEO Brendan Iribe. “We still feel like we have the superior, best VR out there.”

Rift, the Oculus headset, to perform well needs a connection with a high-powered PC. Both hardware and high-definition audio have been souped up with PS4 under the project Morpheus.

Creating market for non-gamers too

Sony Corp (ADR)(NYSE:SNE)’s consoles can be fed with virtual reality-ready fare by its movie and television studios and the non-gamers are expected to be attracted with help from the Project Morpheus headset. Kazuo Hirai, the Chief Executive Officer, has come up with the idea of delivering an array of offerings via the Web and challenging all its major rivals that include Apple, Samsung, Google Inc. and now Facebook too. “To succeed, PlayStation needs to expand its user base,” Hirai said last month.

Sony Corp (ADR)(NYSE:SNE) PS4 debuted in November and since then more than 7 million units of the gaming console have been sold and around the world more than 100 million PlayStations are operating. The video gaming segment is one of the attractive segment for the company, whose television segment has not been profitable for years now. 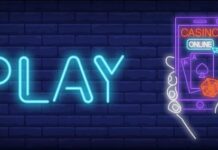