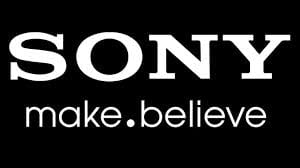 Sony Pictures Entertainment Inc (NYSE:SNE), the world’s leading feature film company, is now in trouble due to a “nightmare” that occurred during the filming of comedy movie “The Interview” directed by Seth Rogen. The film featured a comic story adaptation about Kim Jong Un, the supreme leader of the North Korea. The film was already declared to be “an act of war” by North Korean officials in June last year. Soon the confidential data and emails of the company were hacked supposedly by North Korean hackers. Former employees of the company have sued Sony Pictures Entertainment Inc for not protecting their data.

Sony’s Attempt to Dismiss the Lawsuits

After the massive data breach became public, many lawsuits were filed against the company. Sony Pictures Entertainment Inc tried to appeal in the Canadian courts by saying that the plaintiffs did not receive any harm or damage due to the damage and therefore lack standing. However, the lawsuits were continued.

A similar argument made before US District Judge R. Gary Klausner in which the company claimed that the lack of installation of security infrastructure was a “business decision”. The Judge denied a bid and now the class action suit will go for hearing.

The company had issued a notice to its employees notifying that their important personal data such as social security, driver’s license, passport, credit card information and other vital data may have been stolen. This resulted in lawsuits being filed by several of its current and former employees. Initially, the plaintiffs registered the lawsuits separately. However, some of them have decided to lead the class action suit together.

The current class action complaint is made by Michael Corona and Christina Mathis individually and on behalf of those similarly affected. This lawsuit concerns with the breach of contract.

The news of the data breach became public in November. It exposed many of the Hollywood’s secrets along important company data. The initial release of “The Interview” had to be cancelled due to this data breach.