SoftBank Group Corp (TYO: 9984) announced its decision to repurchase its shares worth ¥500 billion yen or $4.4 billion after its stock price decline to its lowest level since acquiring Sprint Corporation (NYSE:S) in 2013.

In a statement, SoftBank will buy back 167 million shares or 14.2% of the total number of its shares excluding treasury stock. The Japanese company will finance the stock buyback using its cash on hand and the proceeds from selling assets.

SoftBank made it clear that it will not resort to any debt procurement to fund the stock buyback. The Japanese company and its subsidiaries received approximately ¥300 billion yen (sale of investment securities and receipt of dividends) over the past 12 months.

Over the past 52 weeks, the shares of SoftBank declined from its highest trading price of ¥7,827 yen per share to ¥4,133 per share.

This year, the Japanese company lost more than 28% of stock value due to investors’ concern regarding the ability of SoftBank Chairman Masayosi Son to turnaround Sprint.

The steep decline in the company’s stock price pulled its market value lower than its investment in several companies including Alibaba Group Holding. SoftBank has around ¥5.8 trillion market cap as of February 15 based on data from Google Finance.

“A good buy back”

Atul Goyal, an analyst at Jefferies Group, commented, “This is a good buyback, considering how low their valuation has fallen. Nothing so bad happened with Sprint and Alibaba to justify the drop in SoftBank shares.”

Goyal added that the buyback program is comparable to the strategy of Warren Buffett’s Berkshire Hathaway. He said, “They don’t need shares to acquire companies, but the sum of parts is much greater than the current price, which is absurd.”

According to Japan Credit Rating Agency, the SoftBank’s huge stock buyback program, which will be implemented over the next 12 months, will not affect the company’s debt position or ratings.

Data from Bloomberg showed that the Japanese company had approximately ¥2.8 trillion in cash and cash equivalents and ¥12.3 trillion in total debt as of December 31, 2015.

SoftBank spokesperson Hiroe Kotera said is considering the sale of additional assets to help finance the buyback program. She did not identify the assets that may be sold by the Japanese company.

“Considering the current share price level, we deemed this a good timing to pay back shareholders,” said Kotera.

Britain’s attempts to have its own Google will take decades 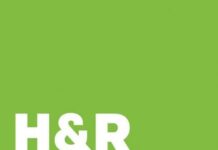 iPhone Forever: Sprint Customers Can Upgrade Phones for $22 a Month