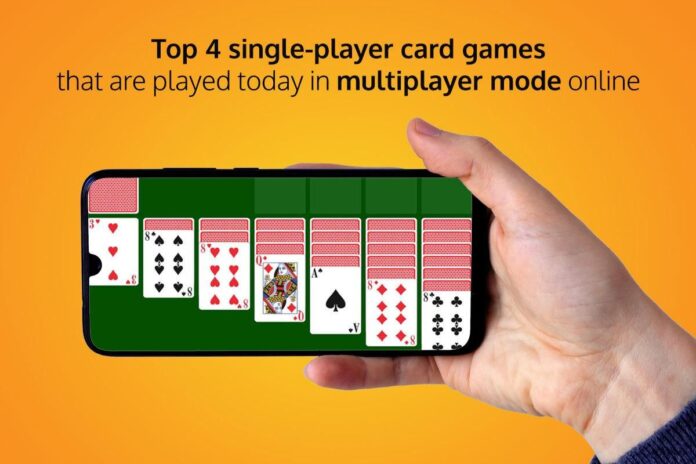 Card games are entertaining. There’s nothing like playing cards whenever you are free. Millions of players engage in playing these matches globally, and for good reasons. These entertaining activities stimulate the mind and provide people with a much-needed mental workout. Also, it relaxes people and helps them forget about their worrying thoughts. There are also studies related to card games aiding in overcoming depression and stress.

There are different types of card games, and thanks to the advancements in technology, you can play them on your phone. This post will teach you about your favorite single-player card games that can be played online in multiplayer mode.

Solitaire is the king of hermetic card games, and it has always been a staple of computer idlers and office workers in the world. It is one of the most popular patience activities that Microsoft originally introduced to teach people how to get familiar with the functions of the mouse. The game was initially played as a single-player match to pass the time. Players could play it on their computer and did not need any other player. The game would go on for endless hours, and people could continue one session to end it on a different day. They could try different strategies and play as many times as they wanted.

The game involves manipulating the cards and sorting them out. First, the cards must be arranged from King to Ace. Then, after the cards are arranged, they must be transferred to the foundation deck to score points.

While the rules are the same, there have been slight changes when Solitaire came to online platforms. When you download the Solitaire app, you can connect with real-life online players. The opponents are matched randomly. Most of the match sessions are timed so that they are fast-paced. Typically, each match lasts for about five minutes, and you need to score more than your opponent to win. There are also platforms where you can participate in cash contests to win lucrative prizes.

Cube Solitaire is a variant of Solitaire, but it is slightly different. The rules are different, while the objective remains the same. The primary goal is to arrange the cards and transfer them to the foundation pile. You can draw new cards from the stockpile when you have run out of moves.

Cube Solitaire was also a single-player game that you could play for hours. It has undergone a massive transformation in the online world and has become an intense match lasting five minutes. Within three to five minutes, you have to arrange the cards and send the completed builds to your foundation deck. When you play Cube Solitaire, you have to arrange the cards in alternating colors but belonging to the same suit. The cards must be arranged ascendingly, and unless you are building an Ace card foundation, the cards don’t have to be in the same suit. You can play a few practice sessions for free before participating in cash tournaments.

The game can be played in 1V1 intense battle mode against opponents of varying skills and experience. It will help to push your limits and make you learn new skills. So, you need to download the app and start playing Cube Solitaire right away. It can help stimulate your mind and keep you engaged. If you need further information, read more.

Spider Solitaire is another hugely popular variant of the Solitaire card game. The game was introduced as part of the Microsoft Solitaire Collection, and it quickly became famous. The game is similar to Solitaire and Cube Solitaire but with slight twists. For instance, players can choose different difficulty levels when playing this game.

You can start by playing the one-suit Spider Solitaire game if you are a beginner. Here, you don’t have to bother about the suit or the color of the cards. Instead, you only need to concentrate on arranging them and sending the finished builds to the foundation deck.

If you want more competition, you can opt for the two-suit or three-suit Spider Solitaire game. As the name suggests, there will be two or three suits in the play, and when you arrange the cards, you have to pay attention to the suits. In addition, they must be arranged according to the color and suits. Since too many suits and colors can confuse players, the timed games are typically one-suit Spider Solitaire games.

You can choose to play Spider Solitaire in the 1V1 or the 1VN gaming mode. It can be an intense battle with another opponent or participate in multiplayer tournaments.

Rummy is another entertaining game that has been around for years. It can be played solo, or if you want, download the rummy app and play it in multiplayer mode. You can connect with players from across the globe and enjoy a competitive game with them. The objective is to meld thirteen cards into relevant sequences properly. You will win the game if you can do so before the other players.

These are some games that used to be single-player card games. However, they can be played against real-life online opponents in the online world, enhancing their engagement quotient. So, download and install the game of your choice. 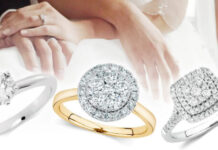 What Best Engagement Ring Styles Are You Choosing?