Usually, when you take some medicine, its because you want it to help you, bring you relief. You don’t think that it may be more harmful than helpful. This is exactly what happened with people who suffered from serious side effects of Truvada – they were just looking for a remedy that would help them live normally even with their disease.

Truvada is a prescription medication used in the treatment of the HIV virus, which might eventually lead to AIDS. Usually, the partners of individuals who already are infected with the virus also use it in order to prevent its transmission (it reduces the risk by 75%).

Lately, people who were using Truvada started to file lawsuits against Gilead Sciences Inc., the company that is responsible for manufacturing the medicine. Patients claim that the company failed to properly inform them of the serious side effects that one of the components of the medicine (TDF) can have on their health, such as bone loss. Many law firms, including Onder Law, are trying to help the victims win the compensation they deserve.

What are the side effects?

Truvada, just like any other drug has possible side effects – that much is obvious. However, some of them were not known (at least by the patients) until recently. Here is a brief overview:

Common side effects (occur in more than 1% of patients)

Sometimes, the side effects are just a way in which your body is trying to adjust itself to the medicine (usually the ones listed in the common table). However, if the symptoms don’t pass, or if you start feeling worse, contact your doctor. It’s also a good idea to contact the health care professional if you have any doubts about what you are experiencing.

Problems with kidneys and bone loss are two of the side effects that the patients didn’t know about before starting the treatment.

What is it all about? Truvada Lawsuits

Truvada has two active components – FTC (emtricitabine) and TDF (Tenofovir Disoproxil Fumarate). Turns out, that TDF causes serious side effects in the organism of people taking it, but the patients were not aware of that. However, the company was well aware and continued to produce the medicine with TDF even after knowing its possible effects. FDA (Food and Drug Administration), the organization that has approved it in 2012, since then has sent at least two letters to the manufacturer to make them stop making fake claims that the drug is safe and downplaying its possible side effects.

“Despite knowing that TAF had low toxicity and could better treat HIV patients, Gilead chose not to pursue clinical research on TAF until after the company’s patent on Truvada was close to expiring. This was to protect the company’s revenue and profits while also keeping Truvada on the financially lucrative HIV drug market, where it had established market dominance.” we can read on the website of Onder Law.

If you or your family member suffered from broken bones or kidney failure while being under Truvada treatment, you can also file a lawsuit against the company and fight for what is lawfully yours – the compensation for your injuries. Law firms specializing in Truvada cases waived the fees for the attorney service unless they win your case. They will also help you in establishing if the injury that you suffered from was caused by Truvada or not.

Truvada that includes TDF is a medicine that can cause some serious side effects about which the patients were not aware of. Some of them include – problems with kidneys, bone loss and osteoporosis. Up to date, the drug has been linked to at least 6,000 bone breaks.

If you are one of the patients that suffered because of the company’s corporate greed and false marketing you can file a lawsuit that you will pay only in case you win the compensation. 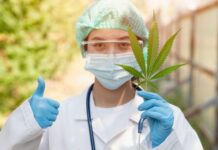 What’s FDA Approved and what’s not in the CBD Industry? 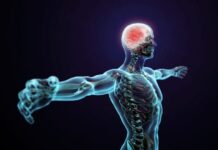 CBD Benefits – How Will it Affect Your Reproductive Organs 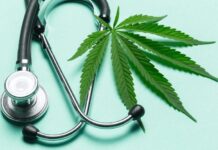 The main medicinal benefits of CBD